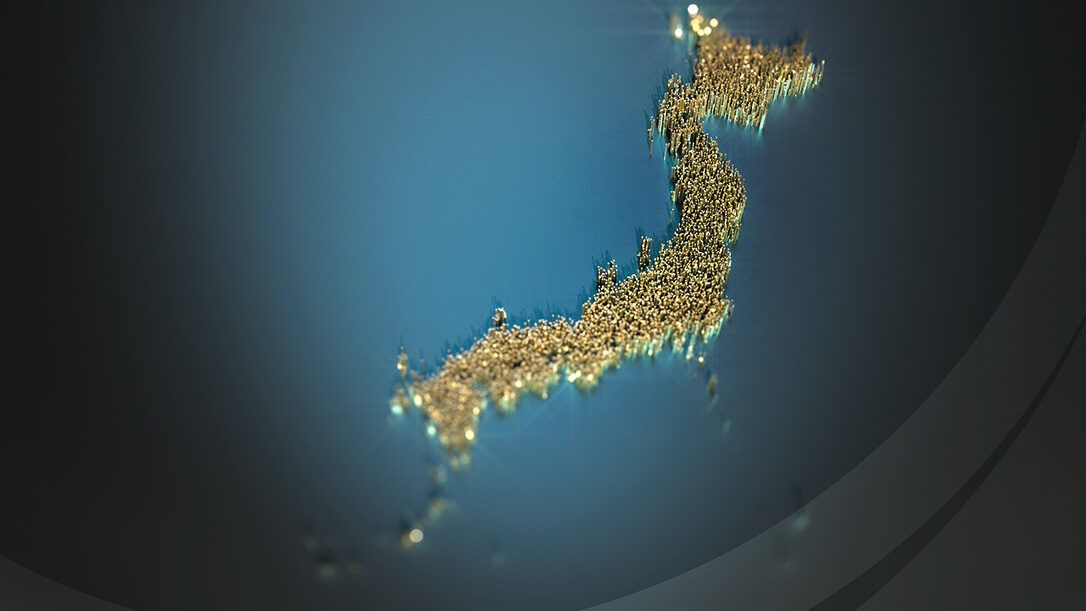 Home to such huge and well-known corporations as Sony and Toyota, the Japanese stock market is the third largest in the world.

Until recently it’s a market in which Courtiers has been underweight. As Sam Keen, Trainee Analyst, who has researched a number of Japanese companies explains, this has begun to change.

A combination of capital market reforms and corporate governance, with more emphasis on the interests of shareholders and a relatively cheap market, means that Courtiers has been adding to its positions in Japan. Courtiers’ exposure to the Land of the Rising Sun is now third behind the UK and US in terms of independent stocks.

Historically the Japanese economy has lagged behind other major economies. Despite expansive monetary policy, Japan has experienced long periods of low growth combined with low or even negative inflation. Although the country managed the pandemic relatively well, these have hardly been ideal conditions for investors. I asked Sam what’s led Courtiers to alter its stance on the Japanese market.

“Japan revised its Corporate Governance Code in 2021 to place a greater emphasis on corporate boards and the role that committees play in enhancing shareholder value,” said Sam. This built on the first code compiled by the Tokyo Stock Exchange in 2015, which had been formulated as part of the country’s economic growth strategy under former Prime Minister Shinzo Abe.

Historically, Sam stated that Japan has been known for its outdated corporate governance practices driven by internal, predominantly male and ageing boards. He said there is a strong argument that these factors alongside a lack of independent management have led to a “misallocation of resources, poor capital efficiency and over-diversified inefficient businesses that have lacked innovation.” This has resulted in Japanese companies lagging behind their global peers.

Sam said the hope is that the new Corporate Governance Code, with its increased emphasis on the interests of shareholders, will lead to “more investor interest in the near future.” 60% of Japan’s 3,800 listed companies have been targeted for the new code, which they will have to adhere to or explain why they’ve failed to do so in order to become members of the Tokyo Stock Exchange’s coveted Prime section.

The second major factor behind Courtiers’ increased exposure to Japan is that the Japanese market is relatively cheap, behind only the UK – which is the cheapest of the world’s major developed markets – and the Emerging Markets of South America. The PE or price-to-earnings ratio, a standard measure of how expensive or cheap a stock market is, currently stands at 14.03 for the Japanese market. Its trailing PE in the last 12 months is 14.8, compared to 22.5 for the S&P 500 index and 16.22 for the FTSE 100 index.

As a historically cyclical market heavily reliant on automotive companies and manufacturers, Sam said one reason the market “remains cheap” is because expectations that foreign investment will return to the Japanese market have so far failed to materialise. Japan’s primary index, the TOPIX, is quite highly correlated with foreign investment levels.

With Courtiers being a value investor, Sam said prices at this level were a clear signal to the Investment Team to investigate opportunities in the Japanese market. “We thought it necessary to delve deeper into Japan to see if there were a few stocks that took our interest.” This would also have the advantage of helping diversify the funds, which already have significant UK exposure.

Given that Courtiers’ perception of the Japanese market has changed, what specific stocks has the Investment Team acquired?

One stock already held in the Courtiers Global (ex-UK) Equity Income Fund was Arcs, a supermarket and discount store. Sam said the Investment Team reviewed it recently, but that with “its simple business model that allows it to be proficient in the few areas it focuses on and its extremely compelling value metrics, we see no reason to sell out.”

KDDI, a communications company helping to pioneer the development of 5G and 6G in Japan, is another Courtiers holding in the Multi-Asset Funds and the Global Fund. In December, Courtiers increased its exposure to this sector of the Japanese economy, when it bought Nippon Telegraph and Telephone for the Multi-Asset Funds. Nippon has a very similar business model to KDDI.

“Nippon also has somewhat of a monopolistic control over the optical fibre infrastructure in Japan and in fact appeared cheaper than its competitor KDDI, which we already held.”

Courtiers also acquired Tosoh Corporation, a Japanese-based global chemical and speciality materials company with more than 100 subsidiaries globally. Sam said the company, which is held in the Multi-Asset Funds, is well positioned to benefit from rising fuel and materials prices. “It has protected its margins well throughout these turbulent times,” he added.

In the Healthcare sector Courtiers already held Astellas Pharma, “a well-run pharmaceutical company with strong metrics, which places an emphasis on R&D and new drugs.” In January Courtiers increased its exposure to this sector acquiring HU Group Holdings, “a company with attractive near-term prospects driven by increased Covid testing alongside excellent value metrics.” Like Astellas Pharma it is held in the Multi-Asset Funds. Japan Airlines was acquired in August 2017 for both the Multi-Asset Funds and the Global (ex-UK) Equity Income Fund.

I asked Sam whether the fact these positions are predominantly in larger companies has any significance.

“Historically it’s been Japan’s smaller companies that struggle throughout governance reforms and that have been left behind when it comes to structural transformations,” he said. Courtiers prefers to take positions in companies that are well run, with diligent boards, and that have a good understanding of their business, which tends to be the larger companies.

Sam said the Investment Team’s overall thinking is that given the cyclical nature of the Japanese market, “handpicking a selection of companies at the right time could help push the funds on if there is an influx of foreign investment at some point this year.”

As to pinpointing future opportunities in Japan, Sam said the Investment Team will continue its tried and tested process of identifying particular markets and individual stocks, a process which resulted in the recent acquisitions of Nippon and Tosoh Corporation. This includes a monthly fund management meeting, which surveys the major global economies and examines the metrics of individual markets in more detail, as well as more in-depth research into individual stocks that meet Courtiers value metrics, such as their PE ratio. “We will be keeping a close eye on any further opportunities, whilst continuing to monitor our new positions in the Japanese market.”

Sam said this process has proved invaluable, not just in identifying specific Japanese stocks that were subsequently acquired, but also in identifying those companies to avoid and those that are no longer a good fit. One example is Canon, which Courtiers had held for several years. Sam explained how a decision to sell in 2020 had recently been confirmed after the Investment Team revisited the stock in January. “The decisions were driven fundamentally by poor management and repeatedly outlandish targets, which showed a lack of understanding of the company’s now very diverse business, declining primary revenue streams, and a lacklustre desire to reform its extremely male-dominated board.”

Looking at the prospects for the Japanese economy, Sam said he is optimistic. Rising wages may make consumers more accepting of price hikes from rising inflation. Meanwhile, growth forecasts have been raised for the coming fiscal year, and the slowdown in exports is seen as only temporary.

Sam said he is reassured by the Bank of Japan’s stated commitment to continue its planned bond purchases to stimulate purchasing within the economy – a process known as QE, or Quantitative Easing.

Despite disappointing investors over many years and several false dawns, there are tentative signs that a combination of reform and an improving Japanese economy could mean better times and better returns ahead. If that is the case, by increasing exposure to the market early on and buying when prices are cheap, Courtiers Funds could be well-placed to reap the benefits.

This communication is for information purposes only and should not be relied upon in making an investment decision. The views expressed by individuals and the business are based on market conditions at the date of issue and are subject to change without notice. The mention of any stocks or shares should not be taken as recommendation to deal and does not take into account the individual investor’s investment objective or risk profile. Where an investment or security is denominated in a different currency to the investor’s currency of reference, changes in rates of exchange may have an adverse effect on the value, price or income of or from that investment to the investor. Any third-party sites, or pages which are linked to the document, have not been reviewed by us and therefore we accept no responsibility for the authors or content of external link or pages. If you are interested in any of Courtiers Asset Management Limited’s range of funds, or require any financial advice, please speak to a financial adviser.