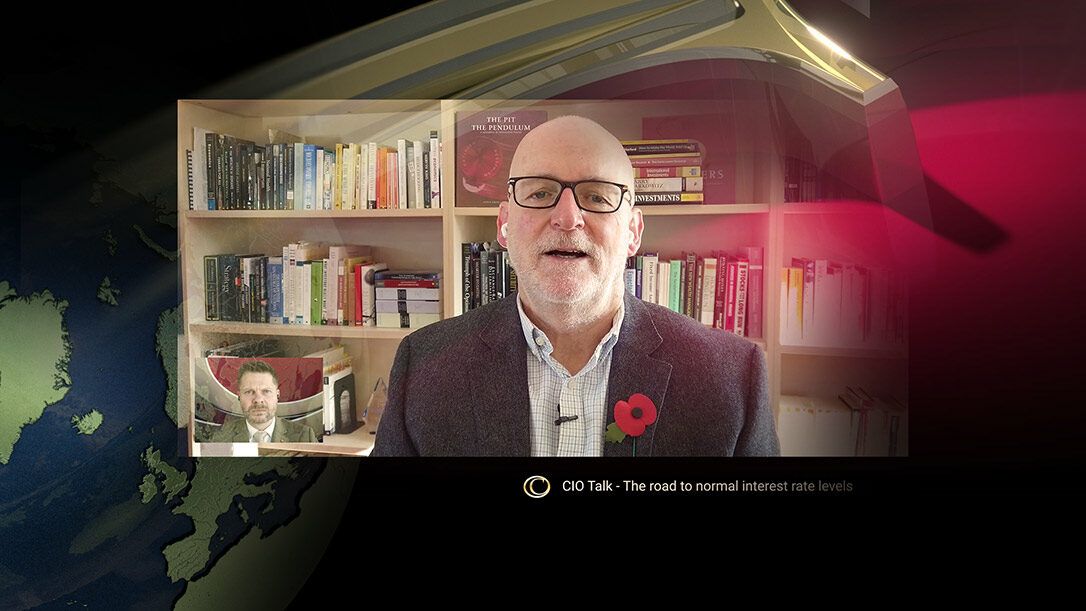 A lot’s happened since Gary’s last CIO Talk in September: the Bank of England’s latest interest rate announcement, Rishi Sunak’s Autumn Budget and ongoing problems with supply chains fuelling a surge in inflation to name but a few events.

It’s clear, however, that amid all the economic pressures and the recent swirl of events, what is upmost in Gary’s mind is that none of this detracts from or derails the performance of the Courtiers Funds. “I am always worried about whether there is going to be a downturn – that’s what our clients pay us for – that’s part of the job,” he says.

It’s one reason why Gary keeps his eye on events, such as last Thursday’s decision by the Bank of England to hold interest rates at the historically low level of 0.1%. A decision, which he says “was exactly right”.

To Gary’s mind a future rise will only take place “once the economy has settled down”. At which point “with the supply of certain goods and energy prices starting to get back to normal and with additional government spending leaving aggregate demand in the economy quite high,” the Bank of England will act “to dampen down some of that demand.”

Despite the doomsayers, who see next year’s tax rises and rising inflation dampening UK consumer demand and reducing living standards, Gary’s upbeat about the UK generally, going on to praise much of the country’s response to the pandemic, particularly in avoiding a major recession.

As to the subject of investment, Gary is positively bullish about the UK, where the lack of a massive technology sector means that UK shares “are generally more fairly valued than other places around the world.” You don’t need to look any further than the US as an example. “At the moment, we quite like our domestic market and you can find lots of hidden gems.” It’s those “little nuggets of value” that have contributed handsomely to the performance of Courtiers Funds.

“If you could turn the clock back 10 years and say to me, ‘Would you settle for every one of your multi-asset funds being top quartile in terms of absolute performance over five years?’, of course I am going to say ‘yes’,” says Gary. The UK Equity Fund has also made impressive returns placing it in the top quartile over both one and five years.

While Gary is “over the moon” at the performance of these funds and the contribution of UK stocks in particular to that performance, he has no intention of letting the Investment Team rest on its laurels. “It makes you want to work hard to keep your position, but we have a good process and we follow it religiously.”