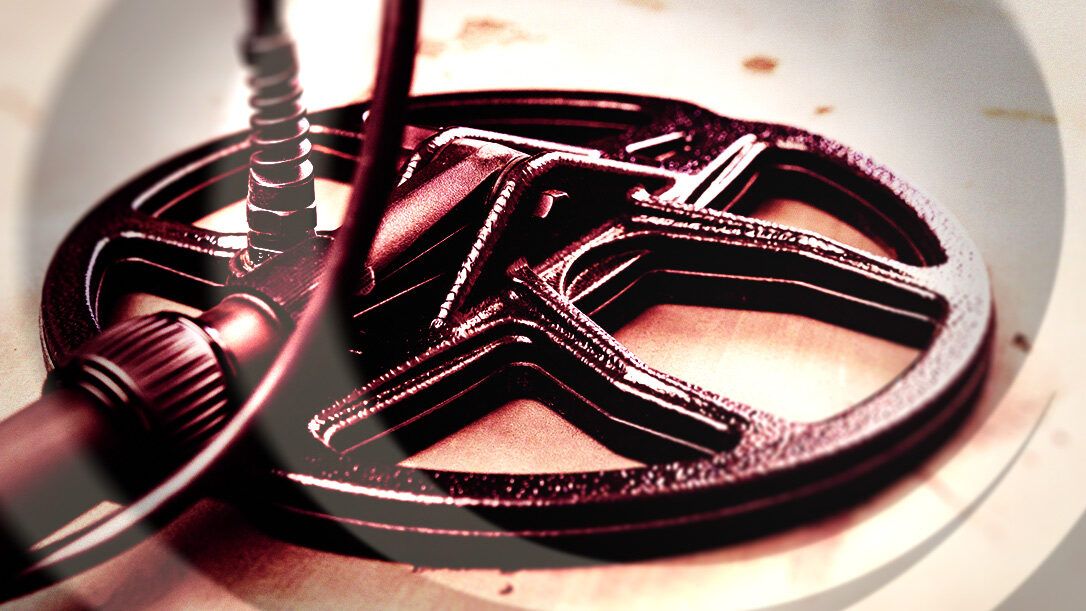 After the recent discussion on markets between Leo and James, during which James emphasised that Courtiers is primarily a value investor, I did a little digging.

What exactly is value investing?

The idea of acquiring financial assets for less than they are worth is the essence of what is called value investing. Although this style of investing fell out of favour in recent years as investors piled into growth stocks, particularly US tech stocks such as Amazon and Microsoft, over the long term value investing has proved to be a successful strategy.

As the chart below illustrates, using research first conducted in the 1990’s by Fama and French which looks at data from 1975 onwards, value stocks have clearly outperformed the market overall. 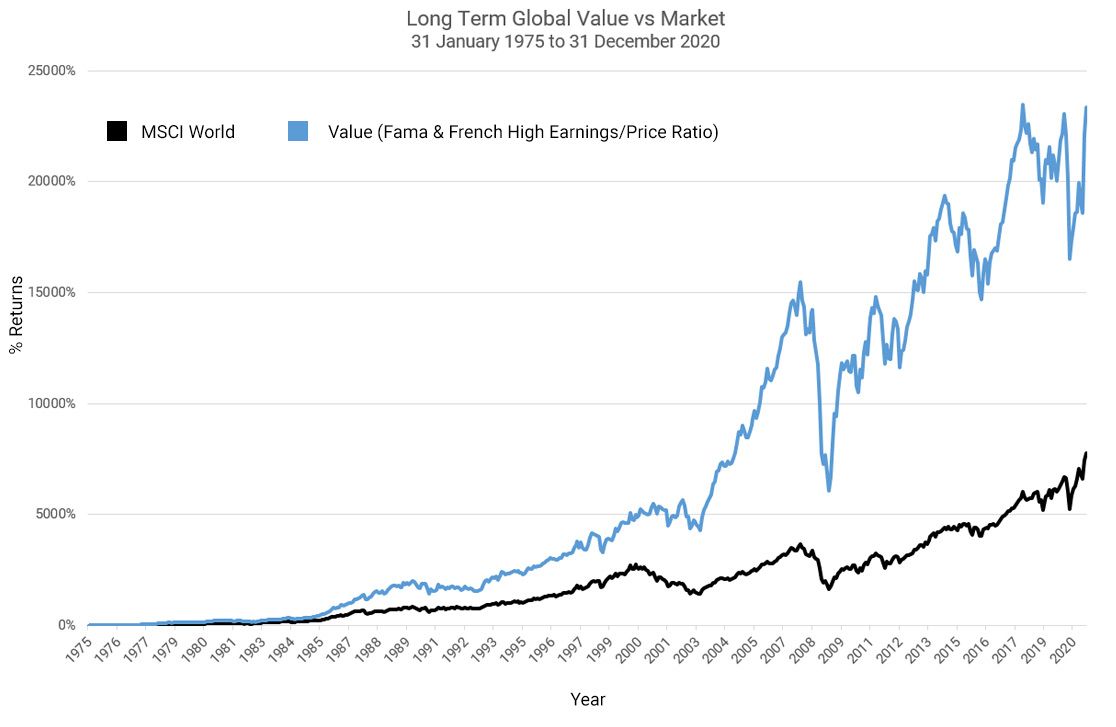 Source: Fama/French Data, Bloomberg & Courtiers. Indexes denominated in US dollars. Returns may increase or decrease as a result of currency fluctuations. Past performance is not a reliable indicator of future returns.

Now after a long period when growth stocks outperformed value stocks, there are signs that value investing is making a comeback. As the charts below show, while in the immediate period after the pandemic hit the world economy value stocks remained fairly stable, from the end of October 2020 they rebounded strongly. So much so that over the whole of the 12 months to the end of May 2021, the overall performance of the two indexes has been almost identical. 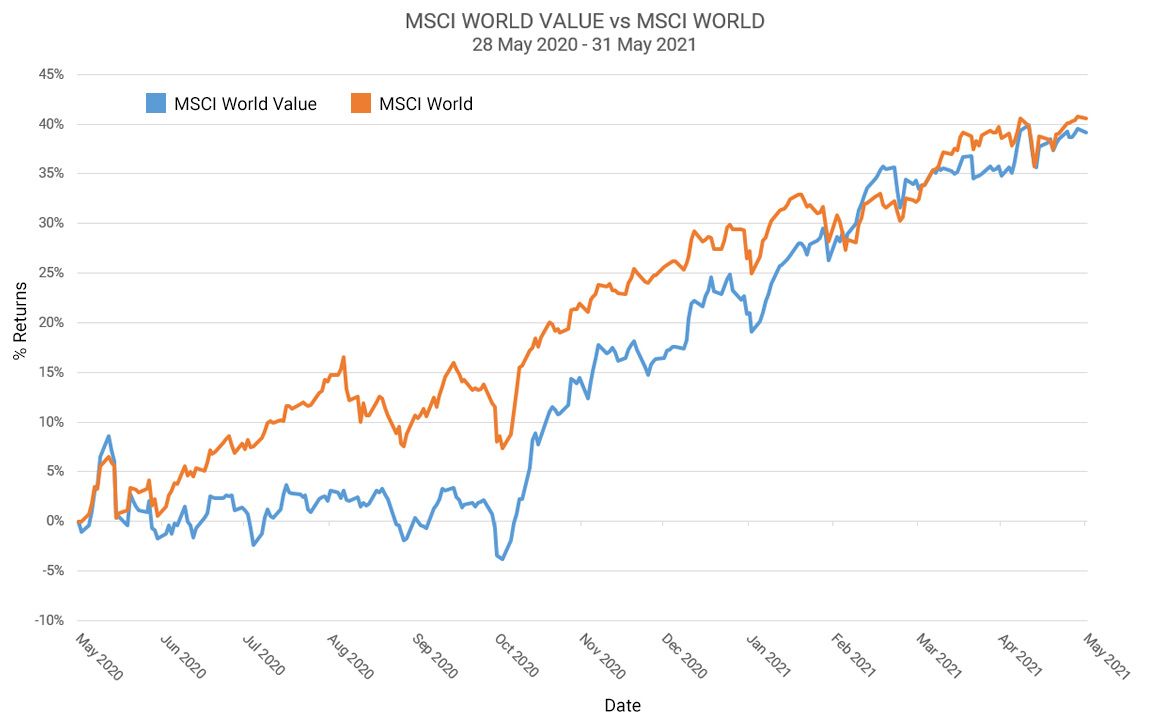 Source: Bloomberg & Courtiers. Indexes denominated in US dollars. Returns may increase or decrease as a result of currency fluctuations. Past performance is not a reliable indicator of future returns.

The chart below illustrates, how from the end of October 2020 up to 31 May 2021, value stocks as measured by the MSCI World Value Index outperformed the MSCI World Index. 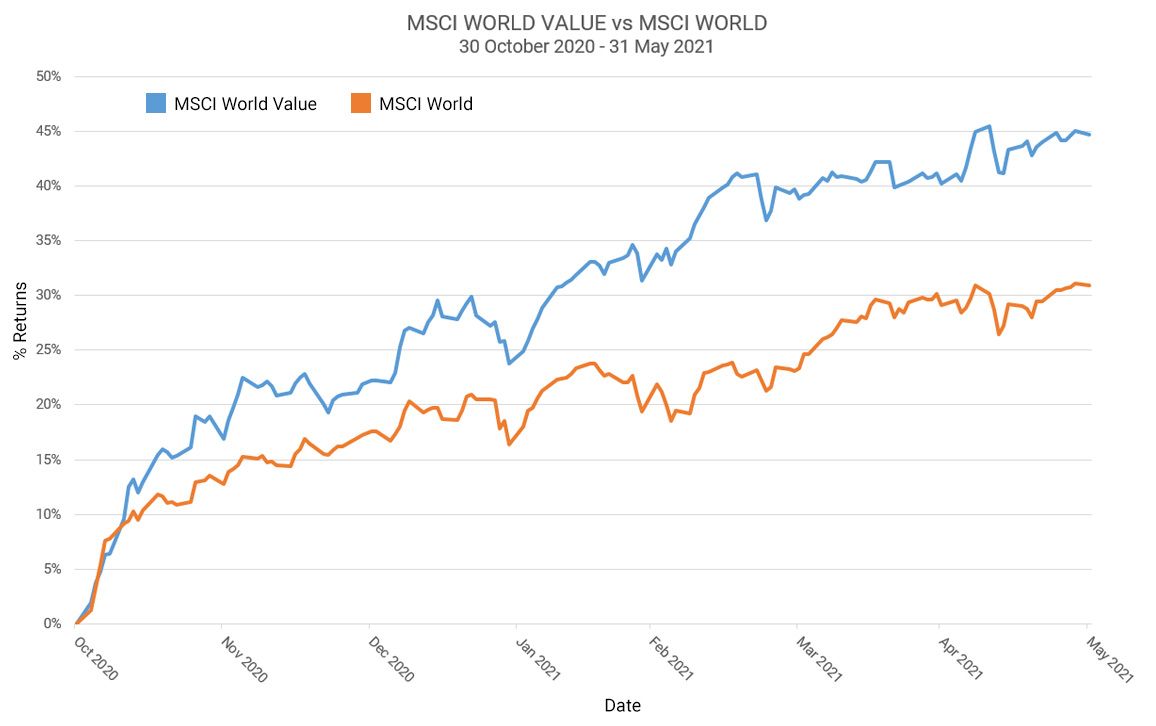 Source: Bloomberg & Courtiers. Indexes denominated in US dollars. Returns may increase or decrease as a result of currency fluctuations. Past performance is not a reliable indicator of future returns.

Sticking to its guns

Courtiers has long been primarily a value investor, and has continued to stick to its guns, even during the early part of last year when stock markets crashed.

And as the valuations of growth stocks – in particular the ‘Big Five’ (Amazon, Apple, Microsoft, Alphabet and Facebook), which together make up around 21% of the S&P 500 index – continued to soar, Courtiers fund managers responded.

Indeed, Courtiers fund managers were able to take advantage of the fall in the prices of a number of stocks that it considered had been harshly treated by the market. Good examples are Linamar, a Canadian manufacturing company, and LSL Property Services, a UK-based property services firm, whose share price has more than doubled in the past 12 months.

As James explained in his recent market update, Courtiers has gradually reduced its exposure to the S&P 500 Index and replaced it with another US index, the Russell 1,000 Value Index. This Index has considerably less exposure to those large tech stocks, which have especially high price multiples at the moment.

By sticking consistently to its value-based approach since the bottom of the market on 23 March 2020 up to 9 June 2021, Courtiers Funds have returned the following;

Source: Bloomberg. Based on total return, income reinvested, returns are net of charges, single pricing basis in UK Pounds Sterling. Past performance is not a reliable indicator of future returns.

Value investing is not a new idea, but can be traced back to Benjamin Graham, who set out his approach in two books; Security Analysis, published in 1934, and The Intelligent Investor, published in 1949. Graham established the basic tenets of value investing, including how to calculate a company’s intrinsic value, and establishing a margin of safety that protects investors against a falling share price.
Graham’s idea were taken up by legendary investor, Warren Buffett, who in typical whimsical fashion summed up his value-based approach; “Whether we’re talking about socks, or stocks, I like buying quality merchandise when it is marked down”.

In the 1990s, highly influential research by Fama and French developed the concept further. They discovered that historically a stock’s price/book value (P/BV) was a strong indicator of market outperformance. A company’s book value is derived from its net value, (its assets minus its liabilities), so a company that trades on a P/BV of 0.5 implies that its market value is only half of what it is actually worth, a signal that it may be undervalued.

A rough and ready, through widely used metric to identify value stocks, is the price/earnings (or P/E) ratio. This allows investors to compare companies both against others in their sector, and historically over time. However, a weakness of the P/E ratio is that it is influenced by the economic cycle. This led Robert Shiller to develop the CAPE ratio, which smooths out fluctuation in share prices by averaging out earnings per share over a 10-year period.

The P/E ratio can also be flipped over to create the earnings/price (or E/P ratio), with a high E/P ratio signalling that a stock may be undervalued by the market.

Another widely used ratio to identify value stocks is the dividend yield. This is calculated by taking the annual dividend and dividing it by the current share price. Although a high dividend yield can be an indication that a company’s share price could be undervalued, investors need to beware that when a company’s share price is low, it is often low for a reason, and that they risk falling into what is called ‘the value trap’.

Investors who adopt a value approach need to be in it for the long-term. As the past decade has revealed, there may be long periods when this style of investing falls out of favour, and investors see their investments underperform. However, history shows that those investors who are patient and stick to their guns are likely to be rewarded.