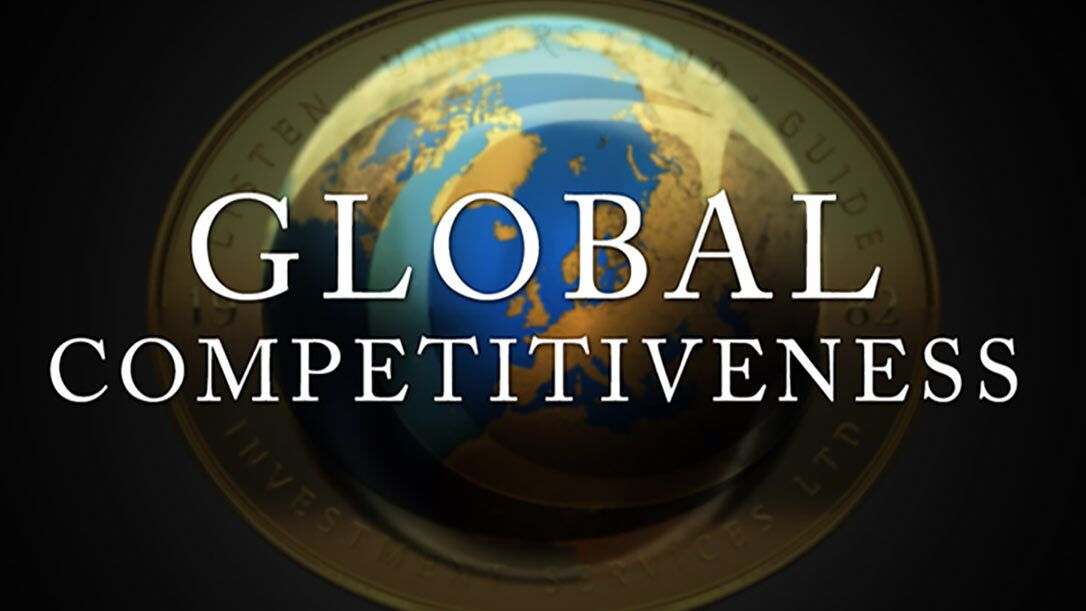 Which countries are most competitive right now? Are the BRICs dead? Find out in five minutes…

Which countries are globally competitive?

The World Economic Forum says that it’s Switzerland that is the most globally competitive country, closely followed by Singapore and the U.S. But we dig a little bit deeper into their statistics. We analysed the 114 factors that they rank global competitiveness with – things like health and education, macro-economic situation and business sophistication.

We analysed those factors and we turn up with potential growth. Best in the world? Rwanda. But – not as easy to invest in an emerging market country like Rwanda with a very, very small stock market.

Are the BRICs dead?

The BRICs are dead. The BRICs was a marketing moniker invented about 15 years ago to sell products that invested in Brazil, Russia, India and China but it’s long gone now because two of the four have let the side down and that is Brazil and Russia.

Now, Brazil has had an economic disaster presided over by Dilma Rousseff. The Government has corruption across the board, as does major industry and that combined with the really uncompetitive labour market has led to an economic crisis for Brazil, and of course because of that, it no longer has the potential to improve as much as it once did.

Russia has similar problems but for different reasons. It has a burden of Government regulation and it has issues with its land and property laws and so again, its potential is vastly reduced. So yes, the BRICs are dead.

Well China is a small ray of light, which means that half of the BRICs – 50% of them, are still alive.

China has potential definitely, and it still continues to grow at between 5% – 6% a year. 6% if you’re optimistic. It used to grow over 9% – 10% a year and of course we’re not at those levels but it’s still growing more than most of the developed world. But it has its issues and there are problems with the reform it needs to undertake in its capital markets, and we have issues with its intervention from the State in the markets, but our analysis shows its potential GDP per capita could grow from just over $14,000 a person to over $35,000 a person. So huge potential there, but we are wary of the concerns with State intervention in the markets.

Is India showing any potential?

India is showing a lot of potential and in terms of what we see as potential growth being in numbers, we calculate it’s currently at $6,000 per person productivity and it could go to $22,000 dollars. That is a huge improvement and in percentage terms much greater than that potentially of China, but India also has its issues.

One of the surprising things about India when we looked at the factors that affect competitiveness was that it wasn’t as competitive as we thought it would be in education, and certainly focusing on the primary education of Indian children, only 93% of Indian children receive primary education. That’s a little low in global terms these days and puts India mid-table, and is therefore disappointing for them.

The quality of its secondary school education ranks much more highly and that’s what’s much more familiar to us, as we’ve had India’s secondary education feted to us for some time. So, India has a lot of potential but it has issues to sort out; its primary education is one, business innovation is another.

Where is Courtiers focused in the short and long term?

Well in the short and long term, we do look to emerging markets as a story, and we believe it persists in the long term. But we expect short term market volatility, and that’s proven to be the case, particularly over the last year. It’s been a good performance from emerging markets at the start of this year, but those of you who tracked the Chinese market last year with me through these webcasts, will have noticed that the State intervention was causing all sorts of volatility. So, China is an area we’re staying away from, India is an area we like a lot more, and I hope to be getting a lot more information when I visit India later this year for an on-the-ground experience.