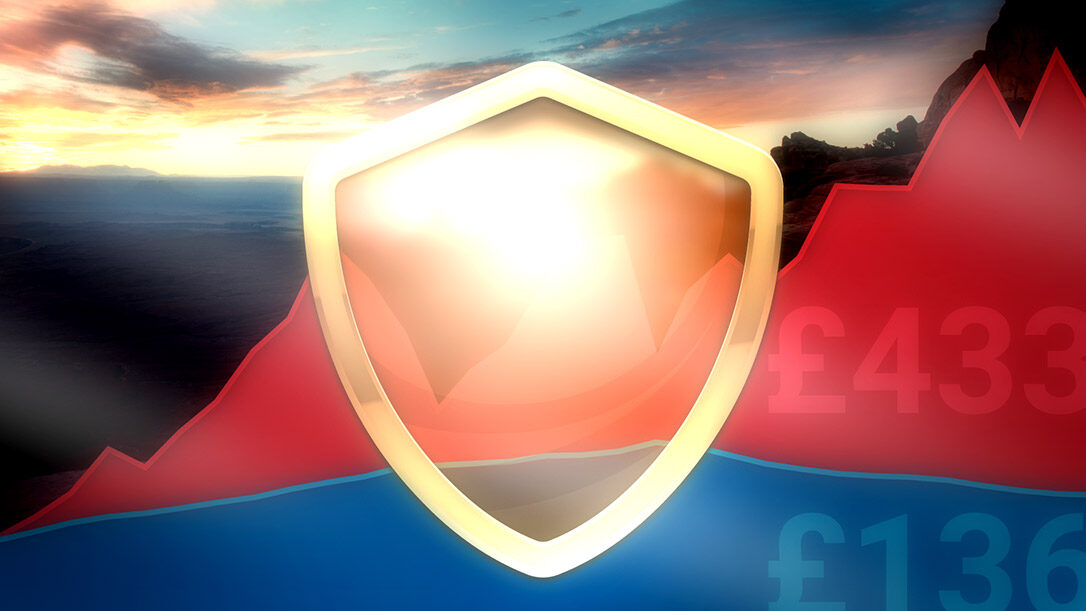 With inflation on the rise, holding too much cash could prove costly.

The UK’s inflation rate, measured by the consumer price index (CPI), jumped to 1.5% in April from 0.7% in March. While the Bank of England forecasted a rise to 2.5% in the 4th quarter of this year, above its 2% target, the retail price index (RPI) which includes mortgage interest payments rose to 2.9%.

While higher inflation means that UK households will see their cost of living rising, it wouldn’t be so bad if everyone could earn a decent return on the billions deposited into bank accounts and cash ISAs.

But, with base rates, which determine the interest rates that people receive on their savings currently standing at an all-time low of 0.1% (and predicted to inch up to 0.3% by the second quarter of 2023), anyone holding cash may see the real value of their savings eroded.

The effects of inflation are set to worsen by the unusually large amounts that Britons are squirreling away. According to the ONS, the proportion of income that households saved (known as the savings ratio) more than doubled from 6.8% in 2019 to 16.3% in 2020.

Even as the economy begins to recover, there are signs that the nation is reluctant to give up the savings habit in favour of spending more. According to the Bank of England, in April households deposited an additional £10.7bn with banks and building societies, more than double the net monthly inflow in the six months to February 2020. Research by the Bank also found that only around a quarter of households that have increased their savings believe they’ll spend extra as a result.

If the rise in the cost of living exceeds the interest rates people receive on their savings for any length of time, the inevitable result is that people and businesses will feel worse off.

One answer to higher inflation would be to place your money in savings accounts offering more interest than the current inflation rate. Unfortunately, accounts paying such levels of interest are almost impossible to find, with conditions such as restricted withdrawals or fixed term rates being features of those offering the highest rates.

As the chart below illustrates, even over the long-term when interest rates have been historically higher than today, the real return on cash is just 1.03%.While holding some cash for emergencies and short-term planned spending is a good idea, it isn’t the best way to hedge against inflation over time. 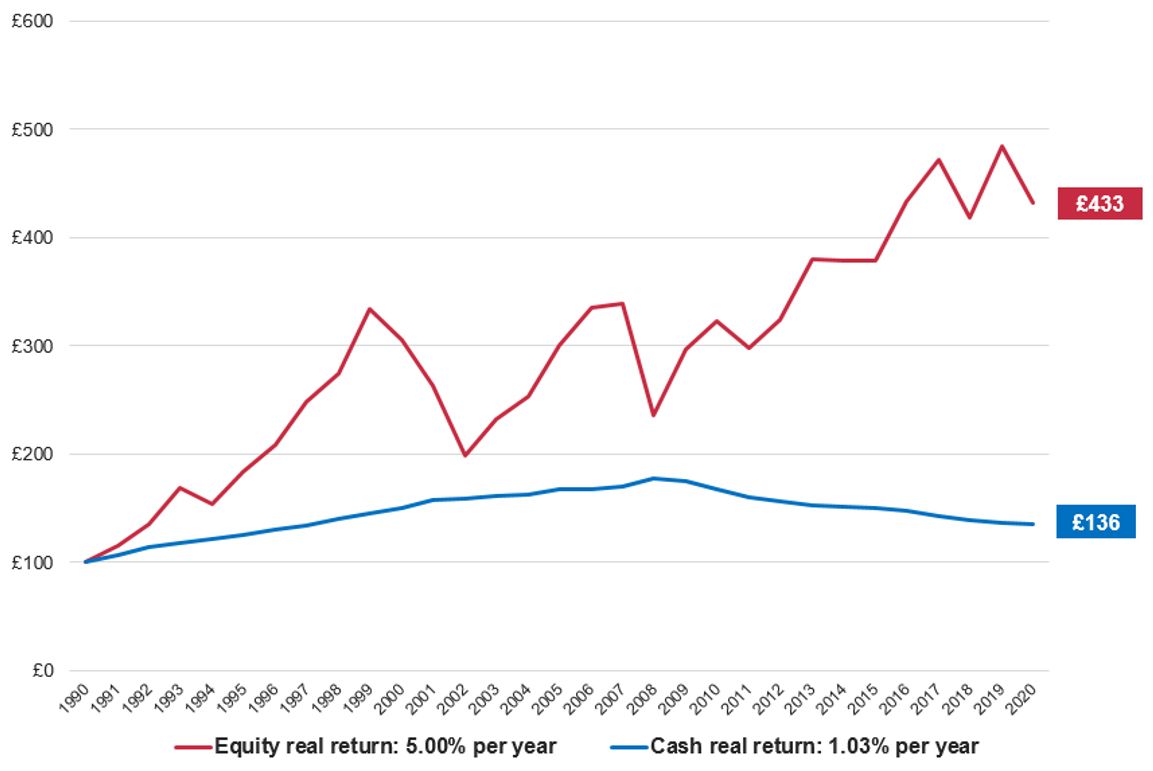 Source: Barclays & Courtiers. Based on total return, income reinvested, returns are net of charges, single pricing basis in UK Pounds Sterling. Past performance is not a reliable indicator of future returns.

The good news is that with many investment opportunities around, there are ways to avoid inflation eroding wealth. While there is undoubtedly more risk associated with investing than depositing cash into a bank account, savings account or cash ISA, there are equally many ways to mitigate those risks. 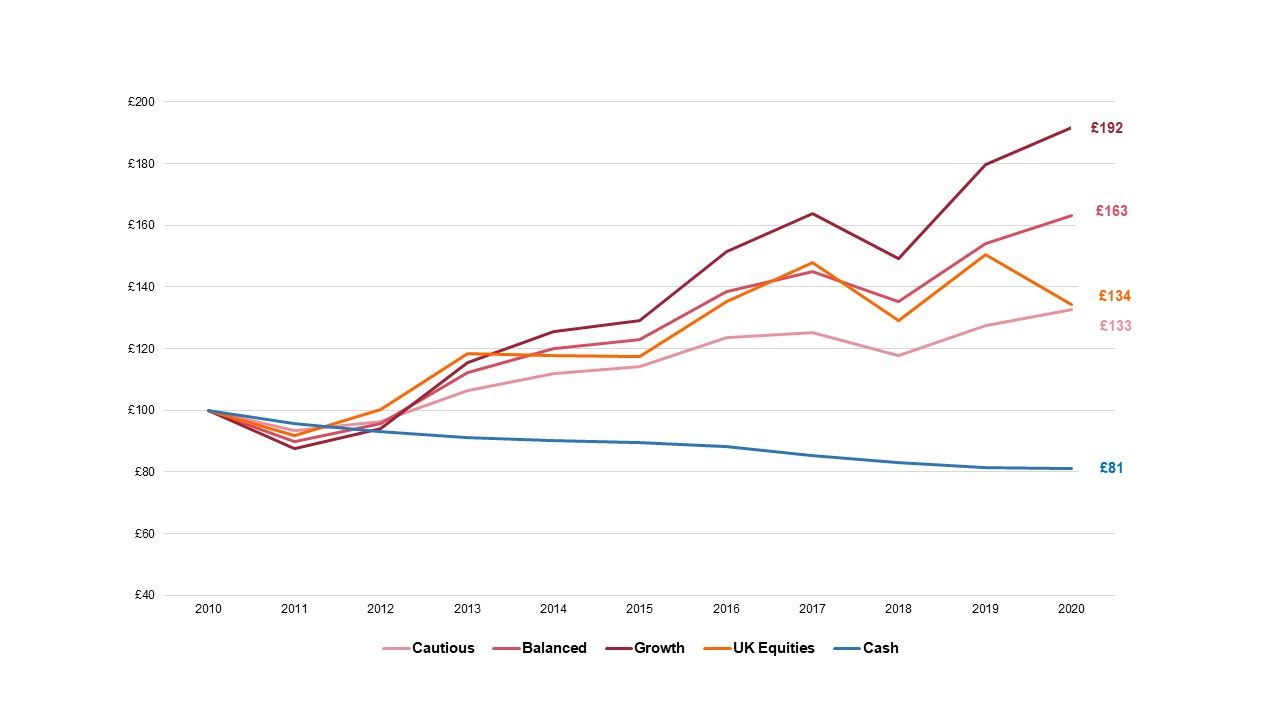 Source: Morningstar.  Based on total return, income reinvested, returns are net of charges, single pricing basis in UK pound sterling. Past performance is not a reliable indicator of future returns.

With inflation on the march, it becomes imperative that investors acknowledge the detrimental impact that rising prices can have on their wealth. As experienced investors will know, there are ups and downs in every individual’s investment journey but over the longer term, by investing at an appropriate level of risk with which investors can feel comfortable, and which is constantly monitored, an investment strategy can be formed and managed to help protect against inflation.

Cash, as can be seen, is simply not effective at mitigating the impacts of inflation. While it can meet short-term expenditure and act as an emergency source of funding, in the current climate holding too much could mean missed opportunity and worse, actually be damaging for one’s wealth

The views expressed by Courtiers in this summary are reached from our own research. Courtiers cannot accept responsibility for any decisions taken as a result of reading this article. Investors are recommended to take independent professional advice before effecting transactions and the prices of stocks, shares and funds, and the income from them can fall. Past performance is not a guide to future returns.
We do not endorse or accept responsibility for website content on any websites other than those operated by Courtiers, which may be accessible via links in this article.