“No such thing as passive investing” 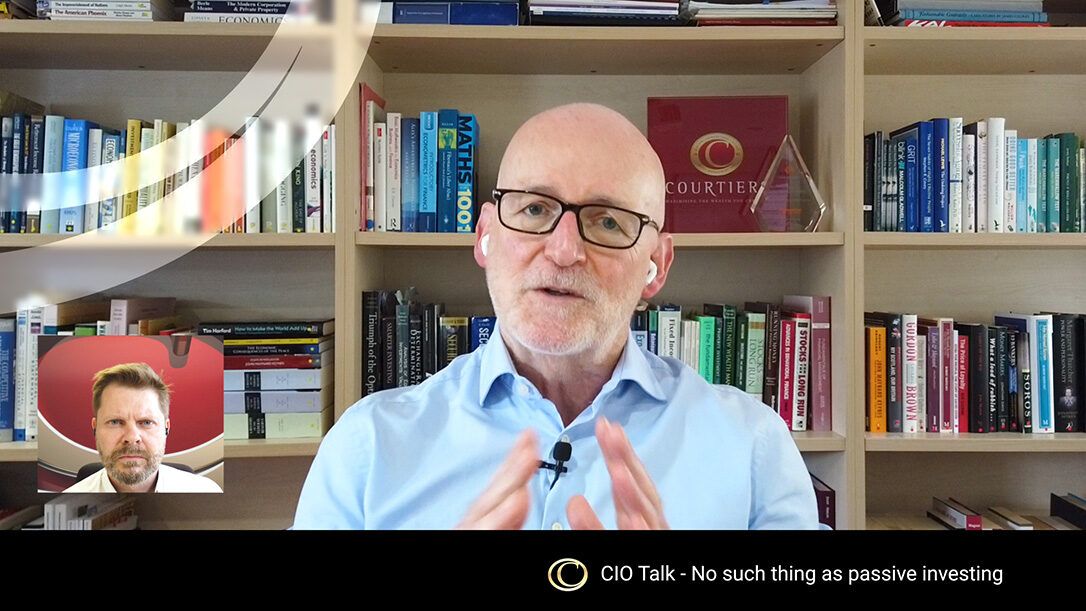 Active versus passive investing is one of the hottest issues in fund management. (Our recent article explores the ongoing debate.) But according to Gary, in his latest video interview with Leo, setting them up against each other as radically different approaches to investing is just plain and simply wrong.

So let’s explore the nub of Gary’s argument that as a concept, passive investing doesn’t actually exist, and as he put it, “it’s a complete joke to think that you can be passive”.

Passive investing first came to the attention of mainstream investors after Warren Buffett won a bet taken up by two hedge funds that an index fund tracking the S&P 500 would outperform them. Describing Buffett as “the most active investor of all time”, Gary takes an S&P 500 Index fund as an example of a passive fund, and puts forward several reasons why anyone investing in such a fund is not actually a passive investor at all, but in the very act of choosing it they’re “making an active decision”.

Gary explains that the active decision to invest in an S&P 500 Index Fund is in fact multi-layered. Not only is it an active decision “to be only in the American market” but also to have substantial exposure to the “Big 5 tech stocks”, as well as to potential currency risk. With a multitude of “so called” passive funds in the US, Europe, Japan and elsewhere around the world to choose from, Gary’s view is that while investors may believe they are passive investors, the reality is they aren’t. As he puts it, “You’ve got to actively decide which one you are going to be in.”

Unconventional or not, Gary’s views and the passionate way he put them across are certainly worth listening to. While it would be surprising if as CIO of Courtiers, an active fund management firm, he wasn’t an advocate of active investing, Gary says, “I am passionately active, not passive”. What adds credibility to Gary’s argument is that he is also prepared to walk the talk. “All of my money and my family’s money is in Courtiers Funds,” he says. Rather than the lower costs of an index fund, Gary would rather “have all the risk controls, and all the spread of assets that our funds achieve”.

Turning away from passive investing, as always the Courtiers Investment Team is keeping an eagle eye on the markets. Gary describes them as split between those “very expensive” stocks and “lower valued stocks”. In such a market, discernment is the name of the game, with some “really good stocks”, particularly companies in the FTSE 100 and the All-Share Index looking “quite cheap”.

After “a blindingly good 12 months” as Courtiers Funds rode the recovery from “the rock bottom prices” of the summer of 2020, Gary admits it’s going to be tough to deliver a repeat. While that may well be true, it won’t stop the Investment Team from aiming high. “There are a lot of very good opportunities out there in different sectors and around the world,” says Gary.