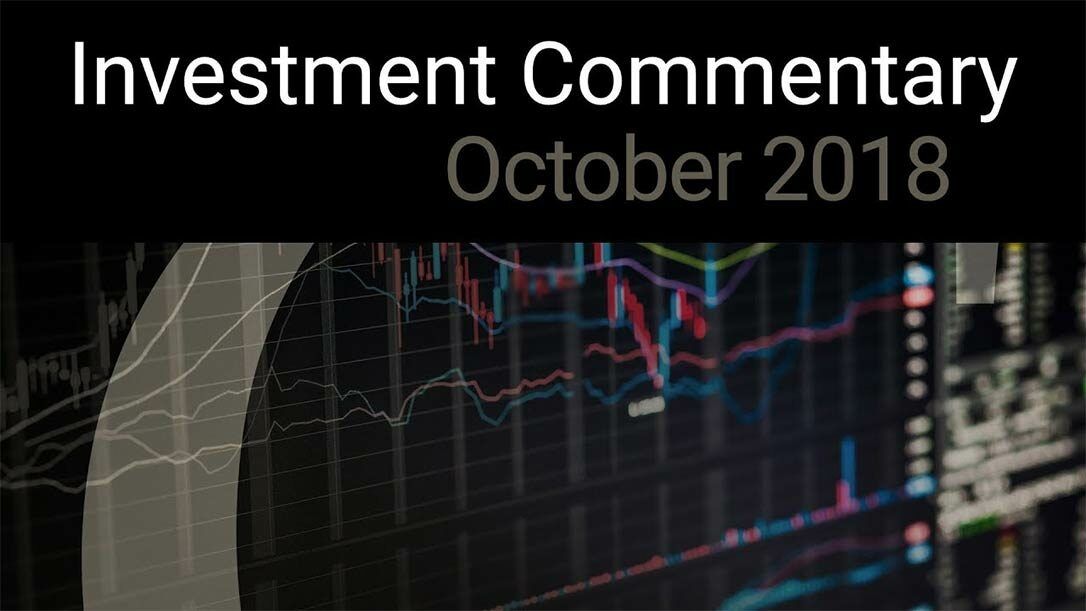 As the Brexit deadline approaches, it remains a key source of short-term market volatility. The pound has had its most volatile month against the US dollar since January in terms of daily movements, while the FTSE 100 index reached a five-month low. Theresa May’s Chequers plan was rejected by European Council President Donald Tusk, sparking further speculation over a possible ‘No Deal’ Brexit.

Amazon has become the second company in the US to reach a market value of one trillion dollars, following the footsteps of Apple, which reached the milestone two months ago. Both companies have had remarkably strong years so far, with Apple gaining 33% and Amazon climbing 71%. The two companies now make up more than 8% of the entire S&P 500 index.

Staying in the US, the Federal Reserve has increased its benchmark interest rate for the third time this year, bringing it to a new ten-year high of 2 – 2.25%. Meanwhile the Bank of England decided to maintain its base rate at 0.75%. Chancellor Philip Hammond revealed that the Governor of the Bank of England, Mark Carney, will remain in the role until January 2020.

September was a mostly positive month for developed equity markets. In the UK, the FTSE 100 index gained +1.19%, however medium and smaller companies, measured by the FTSE 250 ex IT index and the FTSE Small Cap ex IT index, slipped -1.72% and -0.16% respectively. In the US, the S&P 500 index rose +0.57%, while in Europe the Eurostoxx index picked up +0.31%. Japanese stocks performed particularly well as the Topix index surged +5.55%.

In the commodities market, the S&P GSCI index, which consists of a basket of commodities including oil, metals and agricultural items, climbed +3.93%. It was a good month for oil as the price of a crude oil contract rose +4.94%. The precious metals had mixed fortunes, with the S&P GSCI Gold and Silver indices returning -0.71% and +1.23% respectively. The agricultural markets were down, as corn and wheat decreased -2.40% and -6.69% respectively.

In the FX market, the US dollar and the euro depreciated -0.55% and -0.51% respectively against the pound.