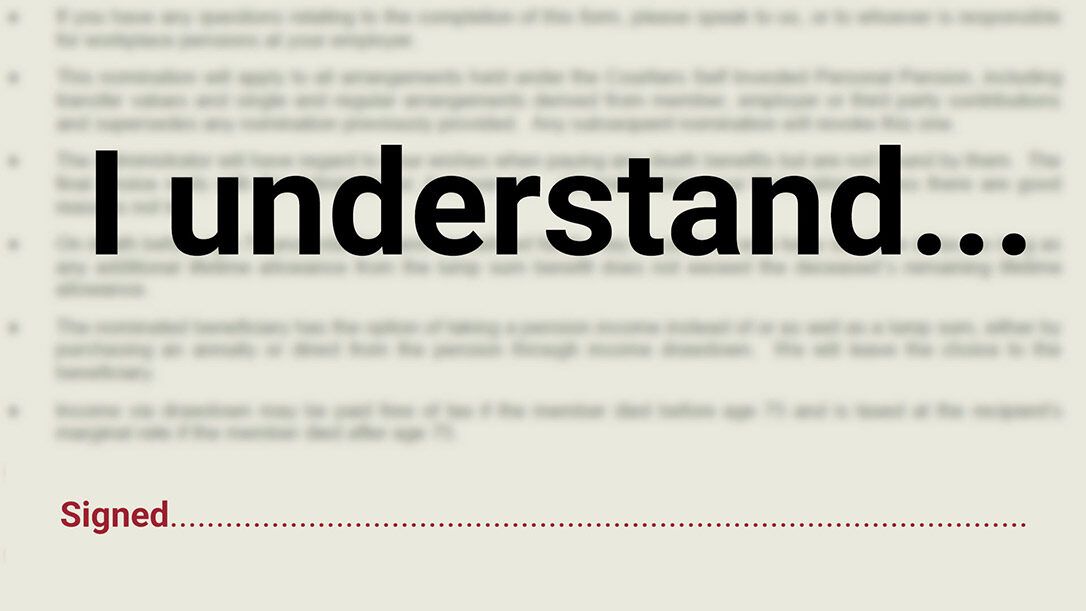 There are countless articles on the pension freedom rules of April 2015, where the then Chancellor of the Exchequer, George Osborne, announced that we could start taking pension benefits any way we liked. A lesser-known aspect of these changes is the fact that they opened up more options around pension death benefits.

Prior to 2015 it was relatively straight forward. If someone with a private pension policy died before taking benefits, the funds would be passed to a beneficiary either as a tax-free cash lump sum or as income to a dependant.

The introduction of the new rules increased the choices available to pension scheme members, particularly in relation to beneficiaries taking a pension as an income.

In the traditional model, only one type of beneficiary could take benefits as income: a dependant.

A nominee is any individual (i.e. not a trust, charity or company) that you choose to elect, who is not a dependant. The nominee can elect to receive an income from the pension instead of a lump sum.

A nominee must be identified as such prior to any benefits being paid out. Otherwise, beneficiaries who are not dependants and not identified as nominees, can only receive a lump sum payment.

If you’re a member of the Courtiers SIPP, individual or group, our death benefit nomination form will allow you to set out your wishes, including the ability to confirm nominees.

A successor is an individual identified by the original beneficiary as a future beneficiary, either as a dependant or nominee. With this in place, if a beneficiary dies before the pension is fully paid out, the pension can continue to be paid to the specified successor.

Here are two scenarios, the latter being more flexible because Mrs Smith paid more thorough attention to her circumstances and employment documentation. Mrs Smith could have gone a step further and listed her grandchildren as potential nominees to the same effect.

The moral of the story is that next time you complete a pension death benefit nomination form, spend a little more time to consider the full picture and the implications of your decisions.

As usual, if you’d like to learn more or discuss your circumstances, please speak to your Courtiers adviser for assistance.