Pension freedoms – freedom for who? 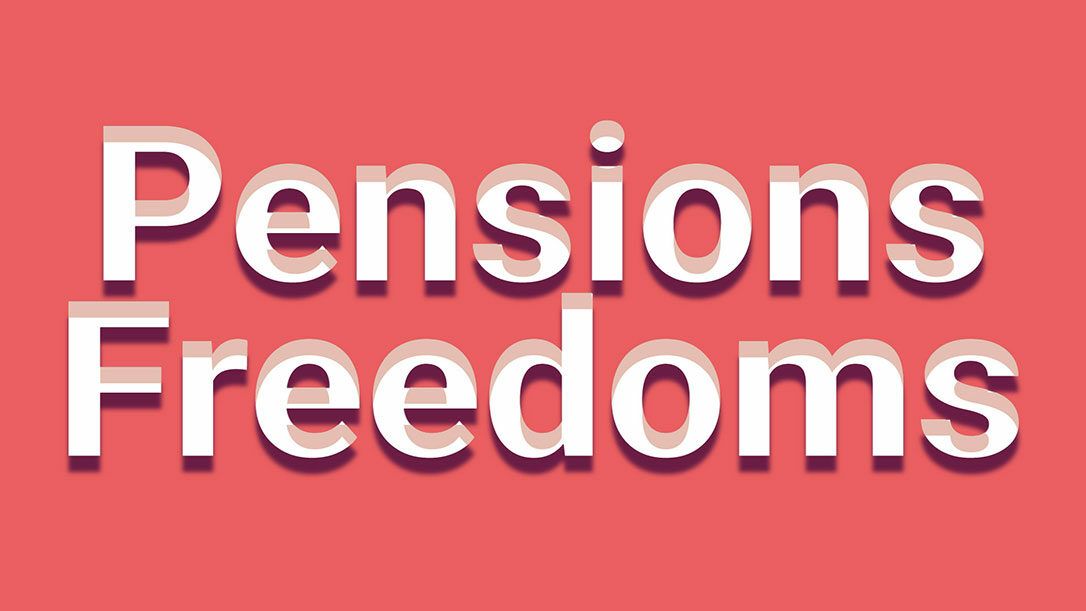 During the Financial Conduct Authority (FCA) Annual Public Meeting on 24 September a member of the public, perhaps emboldened by the fact that it was being held via video link, asked a slightly awkward question:

“Was the introduction of pension freedoms a mistake and has it led to poor outcomes for clients?”

It’s an excellent question and one I’ve been asking myself ever since pension freedoms were introduced by then Chancellor George Osborne in 2015. The answer from Charles Randell CBE, Chair of the FCA, was quite telling:

‘…the question of whether the introduction of pension freedoms was a mistake is really a policy question that we would direct to the government, rather than seek to answer ourselves. However, as Chair, I have gone on record to say that I think the manner in which the pension freedoms were introduced leaves a number of lessons to be learnt, including about the importance of coordinating changes in government policy with regulatory and industry preparedness and the speed with which major changes are introduced.

“We have seen through, in particular, the Rookes report addressing some of those issues and issues of regulatory and governmental coordination that, bluntly, I think, things could have been done differently and better.”

That’s a long-winded way of saying ‘yes, but it wasn’t our fault’. I find myself sympathising with the FCA, which is something of a novelty in a regulator/regulatee relationship.

How did we get to this point?

Before 2015, pension law all but forced people with non-final salary pension’s, known as money purchase pensions, to secure some sort of guaranteed income for life when they retired. The usual route was to exchange an accumulated pension fund for income stream – an annuity – provided by an insurance company that would be payable until death.

Whilst a guaranteed income for life might sound appealing, they were not popular by 2015. Annuity rates had been in freefall for decades and people were rightly concerned that they couldn’t pass their savings on to their children if they died young. People also resented having to purchase a financial product that, once set up, could never be changed no matter what else changed in life.

Sensing popular resentment building (and sensing an upcoming election), Osborne withdrew the requirement to purchase an annuity with effect from April 2015. He stated that we should all be trusted to spend our retirement savings in whatever way we liked, even if that meant emptying the pot to buy a Lamborghini at 55.

People approved (of the Conservatives and pensions freedoms)

The Conservatives won the 2015 election and, in a happy coincidence, the new pension freedoms immediately started generating billions of pounds in additional tax revenues. People started drawing money out hand over fist, often paying far more tax than would have been the case had these same pots been used to buy annuities.

Pension freedoms were wildly popular and many individuals started dipping in for tax-free lump sums and taxable income at will. What’s more, any unspent savings could now be easily passed to children, grandchildren, the RSPCA or indeed anyone.

The law of unintended consequences

Whilst many understandably embraced the idea of pensions freedoms, in a phrase popularised by Uncle Ben of Spiderman fame:

It seems that not everyone behaved with the degree of restraint anticipated by Mr Osborne.

Withdrawal rates were significantly higher than government expectations and countless savers emptied their pots entirely, without thought to both the immediate tax consequences and the impact on their retirement. With such a complex financial system in the UK, it’s scarcely surprising that some people just couldn’t see the inherent dangers.

Another entirely predictable consequence was the proliferation of transfers from final salary pensions. Final salary pensions are provided by workplaces and promise a guaranteed income in retirement based on your salary and the length of time you spend in the job. They are often referred to as the gold standard of pensions since they tend to provide the highest level of retirement income relative to the cost to the individual. In addition, the employer bears all investment risk and, if the employer goes bust, the Pension Protection Fund lifeboat scheme is there to gather you up.

Just like annuities, however, final salary schemes can only pay out a regular stream of retirement income (plus a tax-free lump sum at outset) and are not very flexible, particularly on death. Since final salary pensions were excluded from the 2015 pension freedoms rules, people wanting that extra flexibility must transfer their funds to a money purchase arrangement and this is an area that is giving the FCA great cause for concern. It believes that most final salary transfers are inadvisable.

Finally, as the opening quote suggests, pension freedoms have led to a big increase in scams where people are offered the chance to access their pensions but instead the money goes to criminals. According to an FCA estimation, more than £30 million of pension savings has been lost to scammers since 2017, and this is just the amount reported. The true scale of the problem will, sadly, be significantly higher than this.

Make no mistake, the pension landscape is certainly a better place post-pension freedoms. People are now far more likely to save into a pension, safe in the knowledge that they can access their money on their own terms in future years. That alone makes it all worthwhile.

Some people will always have a difficult relationship with money and it is down to government and pension agencies to provide better education to steer people towards better choices. Having a simpler pension system would help that enormously.

As for the flood of people moving money out of final salary pensions to gain more flexible access, some positive steps have already been taken to protect the consumer from the less scrupulous firms out there. If your pension is worth more than £30,000, you now have to take formal financial advice and the FCA is really scrutinising the quality of that transfer advice. Many firms have chosen to abandon this line of business altogether due to the increased regulation. I am not convinced this is ultimately to the benefit of the consumer, but time will tell.

As evidenced by the quotes above, the FCA actually stopped short of saying that it felt pension freedoms were a mistake, but it does clearly believe that the manner in which they were rolled out was poorly handled. I couldn’t agree more.

Pension freedoms were announced without warning in the 2014 budget and the industry had just one year to react. Some early consultations with key stakeholders would have gone a long way to addressing many of the poor outcomes experienced by pension members in recent years.