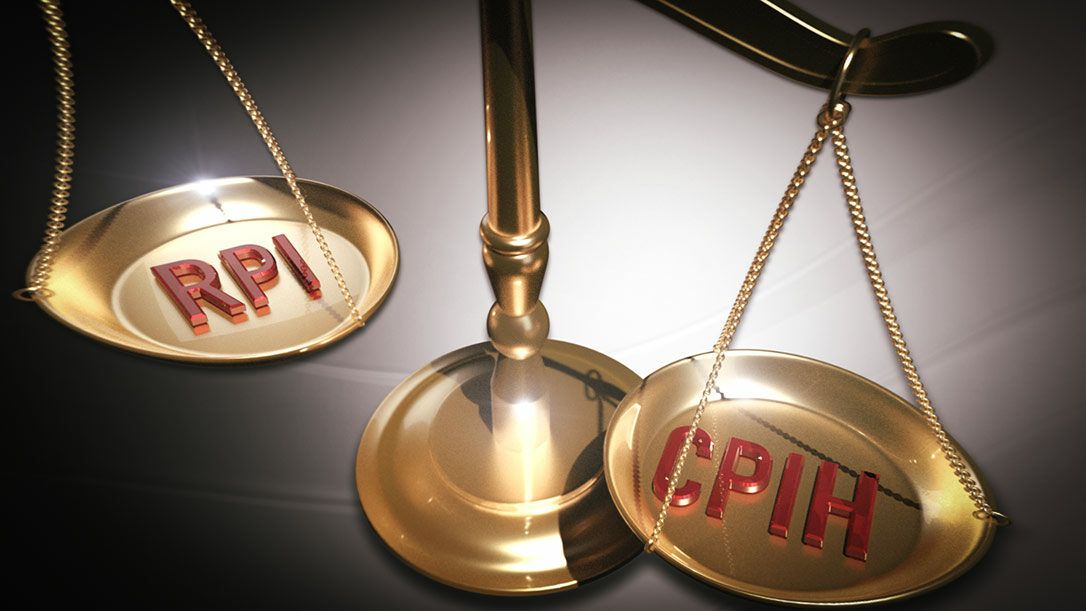 In a letter to the UK Statistics Authority (UKSA) last October, Chancellor of the Exchequer, Rishi Sunak, signalled approval to bring the Retail Price Index (RPI) measure of inflation into alignment with the Consumer Price Index including owner occupiers’ housing costs (CPIH) from 2030. What does this mean?

This shift will undoubtedly impact on both defined benefit (DB) pension schemes and their members, but in very different ways.

RPI vs CPIH and who is impacted

When looking at both of these inflation measures in a historical context, the chart below clearly illustrates that RPI has been higher than CPIH over the last 15 years: 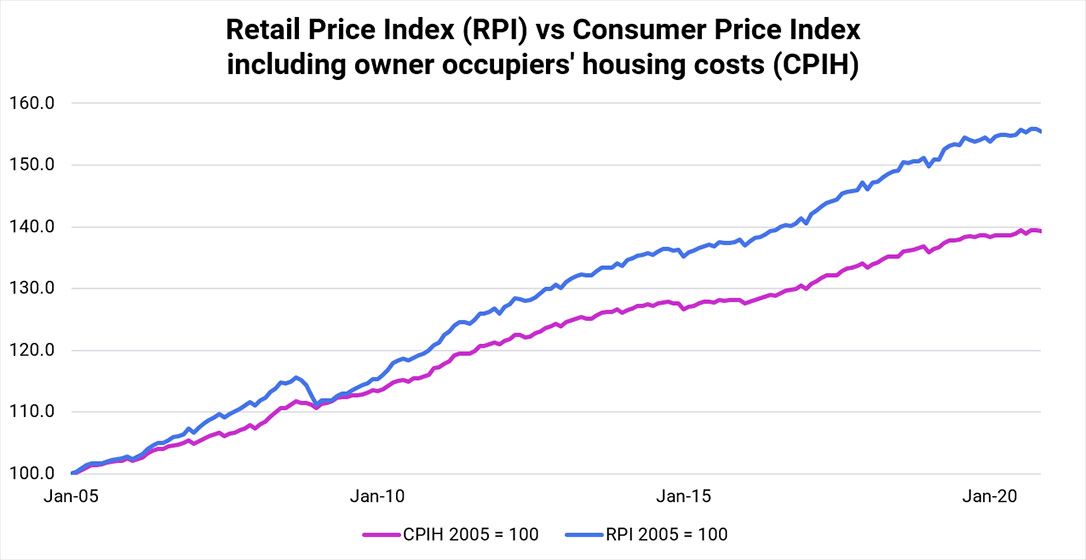 Given the significant government spending over the past year and UK government debt piling up, any announcements from the Chancellor in regards to future reforms, clearly signal a position to change benefits, in favour of the Exchequer and the public purse.

Initially it seemed quite a quick win for the Government, as RPI has long been considered an outdated method for accurately capturing UK inflation. It’s therefore an easy pick for the Chancellor to push forward this reform, in a move that could save the Treasury a significant amount from 2030.

Whilst this may sound like good news for taxpayers, it’s not so good for DB Scheme pension members. These pensioners are very likely to see a reduction in the amount of inflationary increases, from the higher RPI figure to the lower CPIH figure, when receiving pension income each year from 2030. The Pensions Policy Institute (PPI), has estimated that the average loss in lifetime income for a 65 year old male and female, will be between 4% – 8% and 5% – 9% respectively 1.

The silver lining…..well there were plans to have introduced this reform in 2025 which would have led to comparably lower incomes for pensioners taking effect sooner, however after consideration the Treasury has decided to make the switchover in 2030.

There are two sides to this coin…

Many (not all) DB schemes have a large proportion of their assets exposed to such index-linked bonds (current total value of these bonds held by DB schemes are estimated to be £470 billion2), in an attempt to match their liabilities i.e. paying pension income to retirees of that DB  scheme, which increase by inflation each year.

This inflation measure change could well therefore affect a DB scheme’s funding position and financial security, if the asset values are falling, but liabilities remain the same.

Flipping the coin, when looking at the position through the lens of a DB scheme’s liabilities however (i.e. how much pension in aggregate the scheme is obligated to pay its members), approximately 64% of schemes apply increases in line with RPI when uprating members’ benefits3.

With any future increases (from 2030 onwards) now being linked to CPIH instead (which tends to be at a lower rate), the value of these scheme’s liabilities are very likely to reduce. Potentially good news if you’re a Trustee managing a DB scheme’s assets. This should provide a greater element of certainty for both the scheme and its members, in respect of its funding position.

The net effect on a scheme’s funding position will ultimately depend on the percentage of overall assets invested in government bonds, as well as a vast number of other factors at play, which are constantly changing and evolving.