The Brexit Cloud Has a Silver Lining 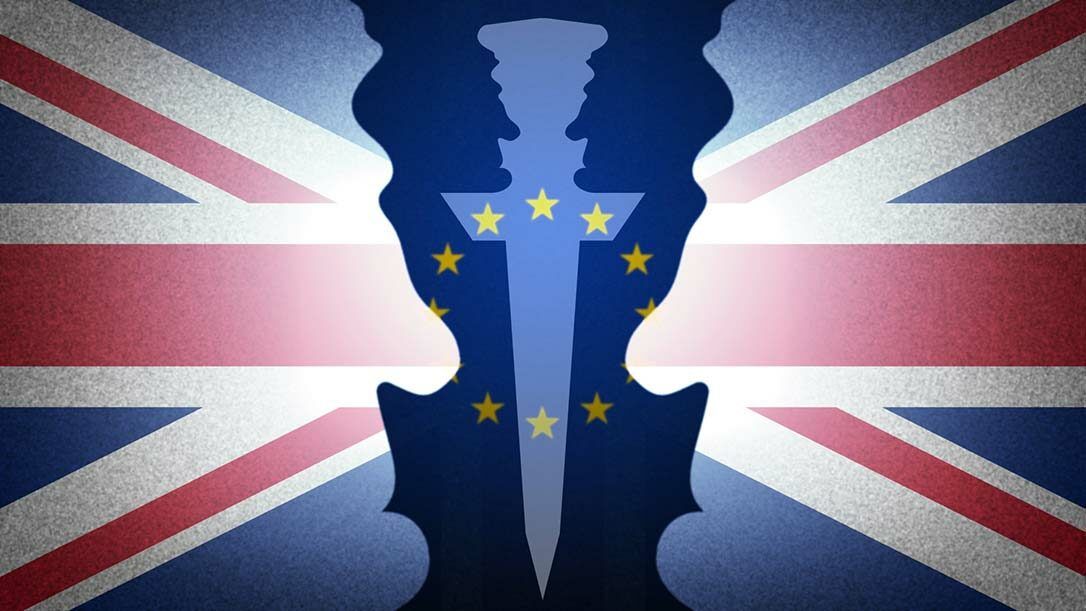 When it comes to feelings, we British default to our Victorian “stiff upper lip” values, but a few topics make even our blood boil; MPs spending our money on themselves, queue-jumping, cruelty to dogs, derogatory comments about Her Majesty the Queen – and Brexit.

Brexit taps into primordial emotions that us Brits forgot we had. Remainers and Brexiteers claim that they have been betrayed, and they shout it from the rooftops. Most people are disgusted by the incompetence and self-centredness of many (not all) MPs, and it doesn’t help that they are being reminded of the less-than-honourable behaviour of lots of parliament’s “honourable members” at the tenth anniversary of The Telegraph expenses scandal. But take heart, even the dark cloud of Brexit has a silver lining.

As an antidote to despair, I recommend watching BBC’s excellent series “The Plantagenets” where historian Professor Robert Bartlett opens the first episode under the heading “The Devil’s Brood”. This sets the scene for his chronicle of the 300 year reign of a family that committed patricide, regicide, fratricide, episcopicide and just about every other “cide” in the English language. Yet during this same period, England transformed from warring factions into an effective nation. The foundations for our common law were laid, the unbridled powers of the clergy were restrained and Parliament was born.

Today, bishops are not murdered in the cloisters and the nephews of monarchs are not locked-up in the Tower. Modern backstabbing is metaphorical, but our leaders seem as dysfunctional as ever: Brexit is a bit like medieval Britain without daggers.

Look past the theatrical behaviour of our MPs and you will find that our economy is not doing as badly as we were all told it would do once we announced curtains on our relationship with the EU.

For a start, interest rates just before the June 2016 referendum were 0.5%. Once we voted “out” the Bank of England dropped rates to 0.25% in preparation for the British economy lurching into recession. That recession never materialised and in the autumn of 2017 the base rate was restored to 0.5%, increasing to 0.75% in the summer of 2018. That is not the act of a central bank that believes its country’s economy is going to the wall!

Since the introduction of the euro in 1999, Britain’s economy has outperformed Europe, as highlighted by Chart A. Our economic performance wobbled after the June 2016 EU referendum, as shown in Chart B.

Chart B: Economic Growth from 2016 The effects of good and bad news on an economy are always lagged. Chart B shows the UK’s rate of growth falling behind its European partners through 2017, but it has started to pick up, and the UK has still outperformed the German economy in the post-Brexit period. Not many doomsters expected that!

There is also good news in the unemployment figures, as highlighted by Chart C. The UK has one of the lowest unemployment rates in Europe that is only a smidgen higher than Germany, and much lower than France, the third biggest economy in the European Union. In fact, the rate of unemployment in Britain continued to decline after the June 2016 referendum, which made a nonsense of some of the very worst scaremongering (for the record, I voted “remain” for the reasons outlined on page 19 of my research note of 20th June 2016, “Britain and the European Union – In or Out? – the facts and Fiction”). The modern warring factions are both guilty of misleading the public.

I am not saying that everything in the garden is rosy for the UK economy – it isn’t! We have had virtually no improvements in productivity over the last 10 years, and Britain’s rate of investment is just about the lowest of the developed nations, as highlighted by Chart D. But despite our below-average investment figures, which are not caused by Brexit as they are part of a long-term trend, our economy has been doing ok at a time when global GDP growth has generally been trending down. And, whilst we have all been focused on the Brexit debate, most people have missed another piece of very good news: the UK Government’s budget deficit as a percentage of GDP has dropped from -3.53% at the time of the June 2016 referendum to -1.36%, lower than at any time since 2002 (see Chart E). In short, we may not be shooting the lights out as an economy, but we are doing better than most.

All this reminds me of the 1990s when John Major’s Conservative Government, fatally wounded by being booted out of the exchange rate mechanism (ERM) in the autumn of 1992, subsequently had little powers of intervention. In the absence of Government fiddling, the economy recovered and thrived.

It would be nice to conclude the Brexit controversy and find an amicable solution to unite rival factions and enable us to trade with our European partners on fair and cordial terms. But if that doesn’t happen and political tensions continue, then take heart, history shows that this is the norm for our country and in the periods that strife has continued, we have curtailed tyranny, improved human rights and dramatically boosted the living standards of our people, all despite the perennial recidivism of our country’s leaders.