The “Invisible Hand”, Not Captain America, Will Save The US 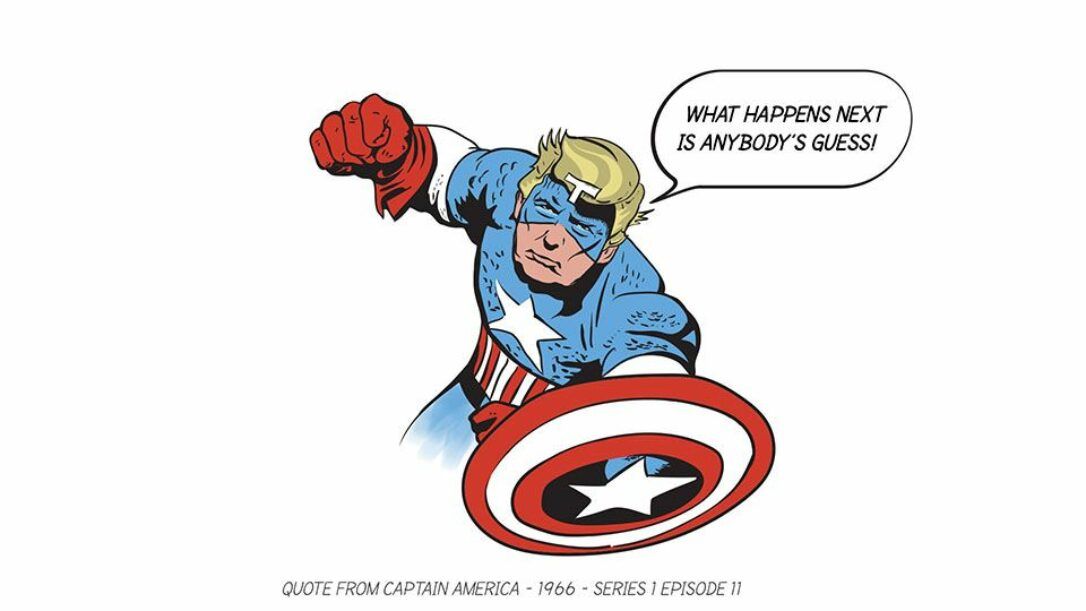 Trump has won the election and will become the 45th President of the USA. It’s a shock as Hillary Clinton was clear favourite. This is the second time this year that I have climbed out of bed at 4am in the morning to find market expectations grossly misplaced.

If President Trump follows through with protectionist policies designed to save US jobs, then this will be a major set-back to the growth of global trade, which has benefited the world economy over the last few decades and removed tens of millions in the third world from abject poverty.

European politicians will now be assessing the implications of the outcomes of both the US presidential election and the UK’s referendum on Brexit. The results give hope to those espousing populist policies and will have EU politicians re-thinking their strategies. France and Germany have major elections in 2017 and Le Pen’s Front Nationale and Germany’s newly founded AFD* (Alternative For Germany) will try to repeat the triumphs of Farage and Trump.

As I have no idea which version of Brexit the UK will choose, what America will become under Trump, or whether France and Germany will lurch to the right, it is impossible to predict, with any reasonable certainty, what interest rates or bond and equity prices will do over the short term. So we will be cautious, as we have been for most of the year.

Those of you despairing at the outcome of the US election may like to take some comfort from the President Elect’s speech of earlier this morning when he promised lots of spending on American infrastructure to make it the “best in the world”. Remember, first and foremost that “The Donald” is a business man and won’t do anything that would torpedo the economy to the detriment of the value of Trump Towers and his other properties. This is what Adam Smith called “the invisible hand” ie., the force of self-interest that creates a wider social benefit. Smith’s economic theories have held good for 250 years, let’s hope they hold good for the next four years of Trump’s presidency.

* AFD is a newly-formed German Euro-sceptic, anti-immigration party that is opposed to nearly all the policies of Angela Merkel’s Christian Democrats. Ronald Gläser, an AFD member recently elected to Berlin’s regional parliament, once described Winston Churchill as a “war criminal” responsible for 50 million deaths.