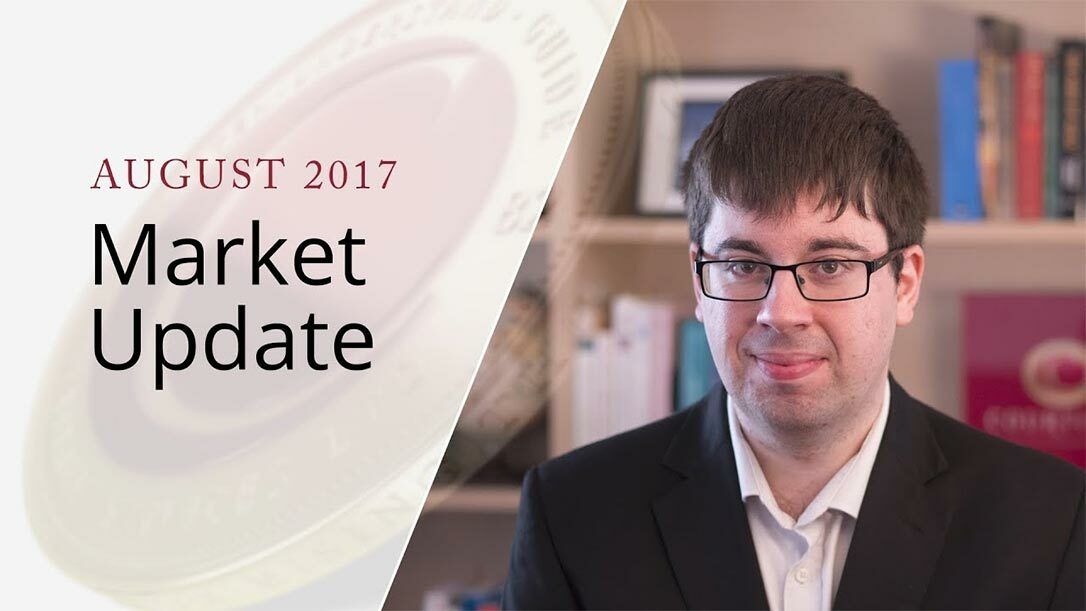 Chinese stocks have surged in value over the last month. In July the MSCI China index, which measures the performance of 150 stocks and covers around 85% of the China equity universe, appreciated by +8.98%, taking the index to its highest level since mid-2015. This is a result of the news that MSCI would be adding 222 Chinese equities to its Emerging Markets index next year, which will prompt significant purchases of Chinese stocks by managers aiming to track the index.

After seven consecutive months of either rising or flat levels, the UK inflation rate measured by the Consumer Prices Index has fallen back from 2.9% to 2.6%. According to the Office for National Statistics, the main reason for the unexpected decline is a fall in motor fuel prices. From May to June, fuel prices fell -1.1%, making it the fourth successive month of price decreases. The pound declined in value against the dollar by around one cent when the report was released.

The price of oil has recovered slightly after several months of decline. In the first six months of 2017, the price of a crude oil contract declined by nearly 19%, reaching a fourteen month low of $42.75 in June. However in July the price recovered by more than 8%. The recovery was good news for oil companies, and the top performing stock in the FTSE 100 index last month was Anglo American, which saw its share price increase by +22.31%. Similarly BHP Billiton rose +17.18% and Glencore finished the month up +16.35%.

Bill Gates has been the world’s richest person since 2013, but for a brief period last week he was replaced at the top of Bloomberg’s wealth index by Amazon founder Jeff Bezos. When trading opened on 27th July, a surge in Amazon shares was enough to propel Bezos above the Microsoft boss in the rich list, but later that day the share price fell back and Bill Gates, whose net worth is around $90 billion, has reclaimed his number one spot.

Commodities mostly performed well during the month. The S&P GSCI index, which consists of a basket of commodities including oil, metals and agricultural items, gained +4.58%. According to the S&P GSCI Gold and Silver indices, the two precious metals returned +2.00% and +1.05% respectively. In the agricultural market, corn dropped -1.85% while wheat fell back -9.79% following its drought-induced surge in price in the previous month.

In the foreign exchange markets, the pound had mixed fortunes against the major currencies. The dollar depreciated -1.46% against the pound, while the euro and the yen appreciated by +2.10% and +0.48% respectively.