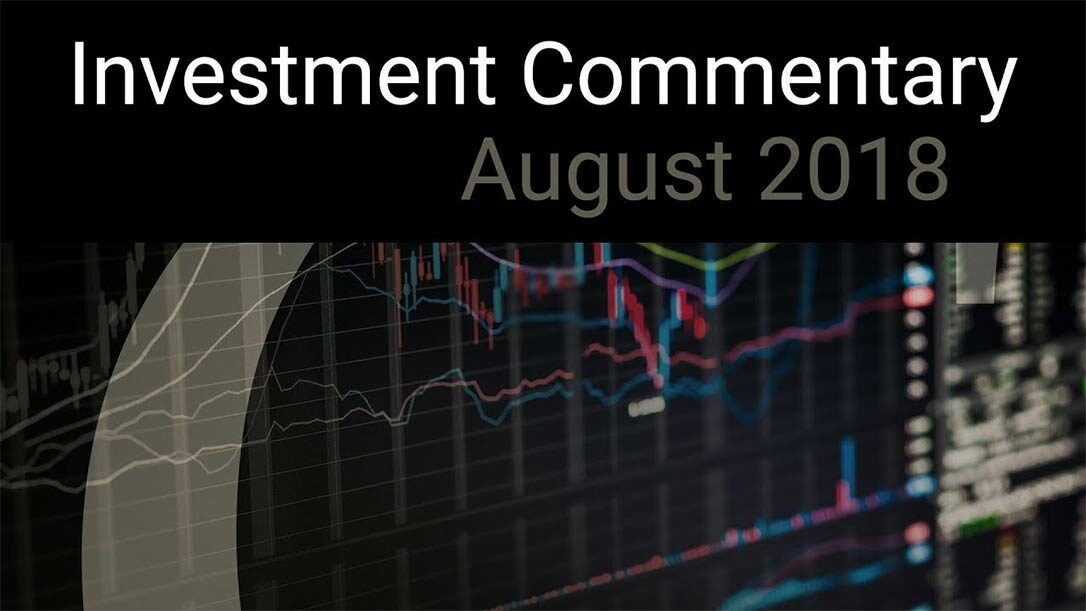 There were two big-name departures in UK politics last month as Brexit secretary David Davis and Foreign Secretary Boris Johnson both resigned from Theresa May’s cabinet within a day of each other. Neither of them were happy with May’s Brexit strategy, which includes a common rulebook for all goods and no hard Irish border. Neither the UK stock market nor sterling were particularly spooked by the back-to-back departures, as the FTSE 100 gained +0.92% and sterling lost just -0.17% versus the dollar on the day of the announcements.

Facebook broke an unwanted record last week as it suffered the largest one-day loss in US stock market history. When the tech giant released its quarterly results on 26th July, the share price plummeted -18.96%, wiping $120.9 billion from the value of the company. This is the first time a US company has shed more than $100 billion in one day, and surpasses the $90.7 billion lost by Intel during the tech bubble burst in September 2000. The quarterly results included weaker-than-expected revenue and a disappointing number of global daily active users. Meanwhile, Apple is enjoying better fortunes as it has just become the first US company to exceed $1 trillion in value.

After months of speculation, yesterday the Bank of England increased the base interest rate to 0.75%, following a unanimous 9-0 decision from the monetary policy committee members. This comes nine months after the rate was increased to 0.50% from its all-time low of 0.25%.

In the commodities market, the S&P GSCI index, which consists of a basket of commodities including oil, metals and agricultural items, fell -3.53%. Oil suffered a turbulent month, as the price of a crude oil contract sank -7.27%. The precious metals also struggled, with the S&P GSCI Gold and Silver indices shedding -2.37% and -3.78% respectively. The agricultural markets meanwhile saw prices rising with the warm weather as corn and wheat gathered +4.11% and +10.47% respectively.

In the FX market, sterling lost ground against most major currencies. The US dollar and the euro both appreciated against the pound by +0.63% and +0.67% respectively.