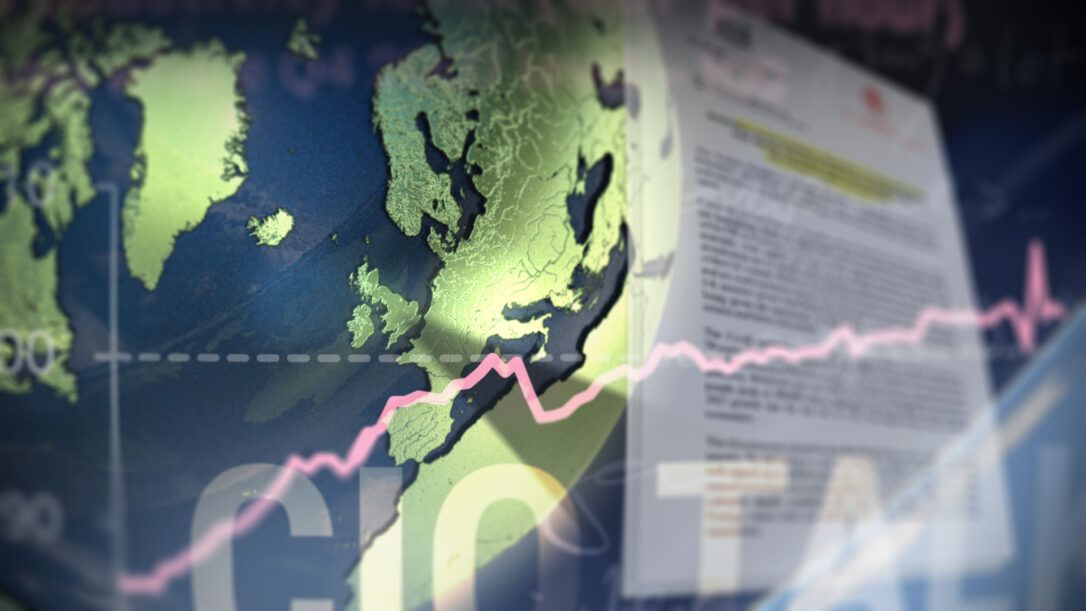 Recessions, hyper-inflation, financial crises, boom and bust. During his long career, Courtiers Chief Investment Officer Gary Reynolds has pretty much seen everything.  The last 18 months have once again tested Gary’s mettle and that of the Courtiers Investment Team. But in this latest interview, he strikes an optimistic note suggesting we may have finally turned a corner.

“Things are extraordinarily positive at the moment. Unemployment is on the way down, job vacancies are at record levels at over 900,000 – that’s a massive increase even on pre-Covid levels.”

And Gary continues; “Long term bond rates, which are the ones that really matter for the economy, have been tracking down recently. Inflation has begun to ease a little, which means that higher inflation through the summer, stimulated by people trying to get back to normal and suppliers struggling to deliver the products and services with existing resources looks like it is transitory.”

Gary’s argument “has been for some time that inflation and interest rates are going to revert to their long term means, and that that is a disaster for holding long bonds.”

Even after taking into account the recent actions of the Chinese government to tame its tech giants through tighter regulation, he sees a strong positive outlook driving the investment team.

“Yes,” Gary says, “we have had a bit of a wobble because of concerns about the coordination of worldwide GDP growth, and some of the things the Chinese government have done don’t look good for the economy, but overall I think things look extraordinarily positive.”

Referring back to the UK, Gary highlights a big quarter of over 4% growth, quickly referring back to job figures, “which tell you just how much demand there is that has built up in the economy.”

If there is a cloud in this otherwise sunny sky, it’s the issue of UK productivity. A recent jump in productivity late last year proved to be a blip. Has this dampened any hopes that the UK might have begun to close the gap with the likes of the USA and Germany?

“I think part of the productivity problem is that not everything that is valuable is getting counted in the economy.”

Gary’s view on productivity is more optimistic looking further forward (over the next 10 years or so). “It doesn’t mean the long term is negative and I think, on the whole, the future is very bright for our economy right now.”

Switching to investment strategy, the ongoing debate which continues to ignite between the proponents of growth stocks and those who favour value stocks came to light, with Gary sticking clearly to the investment team’s long-held principles:

“We’ve positioned ourselves to be in the things we think are worth holding, and that we can buy at reasonable values, and simply will not start buying stocks on massive multiples. Anyone who’s been tracking these or looking at the things that I’ve written in the past few years, will know that paying 35 times earnings for the ‘big five’ (Amazon, Google, Alphabet, Apple and Microsoft) isn’t my idea of a lot of fun.

“Yes”, he accepts “we may have missed a lot of it” [the upside], but he continues “look at some of the other things we went on buying at the other end of the scale. In my book we take on less risk and we’ve got good returns, and we got awards for those results again this year, so it’s all been really very, very good.

“There’s no appetite on the investment team for suddenly buying up the very expensive ICT companies,” Gary confirms.

“There is good value there. You can get well positioned with decent businesses with good cash flow, decent benefits, decent balance sheets, good earnings and you are not paying an arm and a leg for them.”

As the interview closes, Gary stretches time to highlight a point:

To strengthen his argument, he cites the example of China’s largest companies, such as Tencent. “One of the headwinds they’ve got coming up is regulation. Look what China’s done to some of its tech companies recently. [Chinese President] Xi Jinping, is simply not going to let them have the same latitude that they’ve been granted in the States. But it will come. Regulation catches up with innovation eventually.

“I wouldn’t want anybody to think just because we’re negative on paying 35 or 40 times earnings for these companies, there’s not lots of other good opportunities. There are, so we’re very optimistic, but we’re going to do it in the right way.”

For Gary and Courtiers, part of doing things the right way means investing in UK companies, so a letter that landed on Gary’s desk from Boris Johnson and Rishi Sunak, arguably the two most powerful people in the country, was welcome. It issued a stark challenge to UK institutional investors, to recognise the UK’s “rich pool of assets ripe for long-term investment and bolstered by a world-leading research sector.”

“I think they’re on the right lines, so I commend them on that,” says Gary. “They’re obviously trying to get the economy going the other side of a nasty pandemic which has caused, obviously, a tough recession in 2020.”

The letter also raises question over the role of private equity companies, often based abroad, buying up British companies.

Although Gary describes it as “a good letter”, he thinks they’ve got a bit of work to do.

“They are especially trying to encourage defined benefit pension funds to invest in long term, let’s say less liquid assets, but meanwhile the Pensions Regulator is trying to encourage pension trustees to de-risk, and the two don’t go hand in hand. It’s almost as if the government is pushing the accelerator and the brake at the same time.”

A remark that indicates that while optimistic overall, it clear that Gary’s critical faculties, essential within any successful fund management team, remain fully intact.

Listening to Gary talk, in what was the opening point of his interview, I felt keen to dig more into the subject of Private Equity in particular, so I plan to catch Gary in the near future to get some more grit…which you can expect to see soon.

Past performance is not a reliable indicator of future returns. The value of investments, and the income from them, can go down as well as up and is not guaranteed. You may not get back the amount originally invested. Any forecast, projection or target where provided is indicative only and is not guaranteed in any way. Certain types of funds may carry a greater investment risk than others.

This communication is for information purposes only and should not be relied upon in making an investment decision. The views expressed by individuals and the business are based on market conditions at the date of issue and are subject to change without notice. The mention of any stocks or shares should not be taken as a recommendation to deal and does not take into account the individual investor’s investment objective or risk profile. Where an investment or security is denominated in a different currency to the investor’s currency of reference, changes in rates of exchange may have an adverse effect on the value, price or income of or from that investment to the investor.

If you are interested in any of Courtiers Asset Management Limited’s range of funds or require any financial advice, please speak to a financial adviser.

Further details of the risks associated with investing in Courtiers Funds can be found in the Key Investor Information Document or Prospectus, copies of which are available on request or at www.courtiers.co.uk.