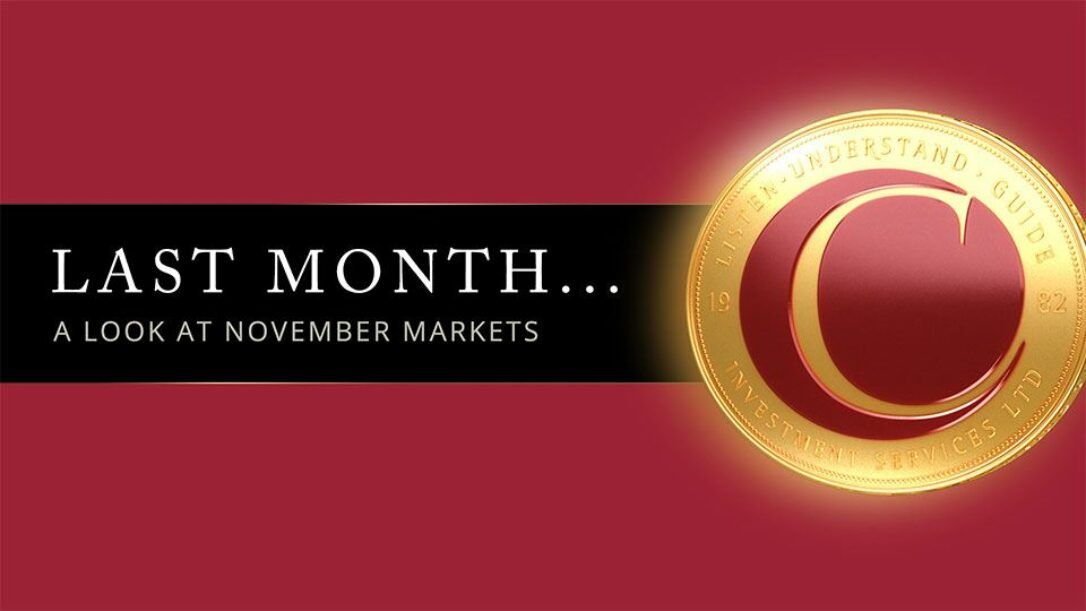 Philip Hammond unveiled his Autumn Budget last month, and began by announcing a further £3 billion would be set aside for Brexit negotiations. He then moved on to the economic growth forecasts, which had been downgraded since March. UK GDP growth in 2017 is now expected to be 1.5% rather than 2%, and it is expected to stay below 2% until at least 2022. Other key announcements were the commitment of at least £44 billion into supporting the housing market and the abolition of stamp duty on the first £300,000 of property purchases for first-time buyers.

The Bank of England increased its base interest rate for the first time since 2007. From its all-time low of 0.25% it now stands at 0.5%. Despite the move being widely anticipated, the pound ended the day -1.4% down against the dollar, at $1.3059. However since then the pound has rallied, partly due to progress being made in Brexit talks, and the pound has ended the month at $1.3525 mark.

Bitcoin has managed to surpass the $10,000 dollar mark, albeit just for a couple of days. The crypto-currency has seen unprecedented levels of appreciation in recent months. It began the year priced at just $952 and has since gained over 900% to end the month with a value of $9,653.92.

In the commodities market, the S&P GSCI index, which consists of a basket of commodities including oil, metals and agricultural items, delivered +1.38%. The Oil Price Brent Crude PR index surged +5.09%. Gold measured by the S&P GSCI Gold index picked up +0.25% but the S&P GSCI Silver index lost -1.76%. In the agricultural markets, corn and wheat fell -1.04% and -0.69% respectively.