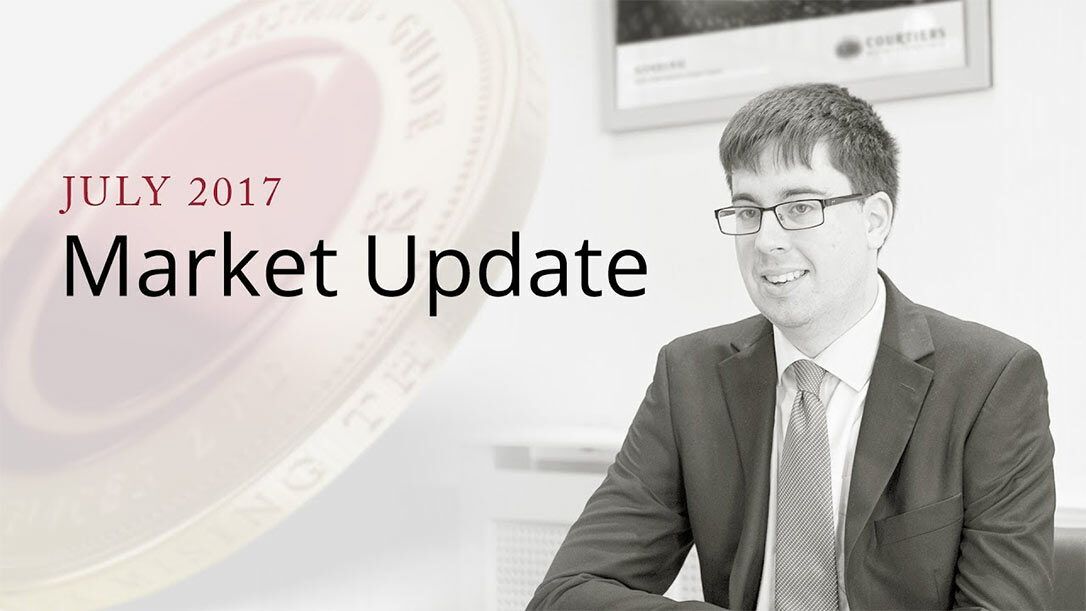 The UK general election took place last month and in a surprise result Theresa May and the Conservative party were unable to secure a majority. The Tories won 318 seats in total, eight short of the target for a majority and thirteen fewer than the amount they won in the 2015 election. Meanwhile the Labour party secured 262 seats, a rise of thirty compared to 2015. In terms of vote share the result was pretty close – the Tories scored 42.4% while Labour got 40.0%. These are both higher than in 2015, partly due to the fall of the UK Independence Party, whose vote share declined from 12.6% to just 1.8%.

On the day of the results, the pound weakened against most major currencies. It lost -1.62% against the dollar and -1.45% versus the euro. The FTSE 100 index on the other hand posted a gain of +1.04%. Despite the disappointing result, Theresa May has not stepped down as Prime Minister. Instead she has struck a deal believed to be worth £1 billion with the Democratic Unionist Party, which won ten seats in Northern Ireland.

A rise in UK interest rates is looking more imminent following the most recent Bank of England committee meeting. Although the committee members voted 5-3 in favour of keeping rates at their all-time low of 0.25%, this is the joint-closest vote for a rate rise since 2007. Meanwhile in the US, the Federal Reserve increased interest rates for a fourth time since December 2015, with short term interest rates now between 1 – 1.25%.

In the business world, the European Commission hit Google with a record 2.42 billion euro fine last week. The Commission ruled that Google had abused its power by promoting its own shopping comparison service at the top of its search results. The fine amount equates to just over 14% of the 2016 net earnings of parent company Alphabet.

Commodities also had a poor month. The S&P GSCI index, which consists of a basket of commodities including oil, metals and agricultural items, fell -1.92%. The price of a crude oil contract went down -5.19%. According to the S&P GSCI Gold and Silver indices, the two precious metals dropped -2.51% and -4.81% respectively. In the agricultural market, corn gained +0.26% while wheat surged +18.54% due to droughts in key grain growing regions.

In the foreign exchange markets, the euro appreciated +0.58% against the pound while the US dollar and the yen depreciated by -1.05% and -2.52% respectively.