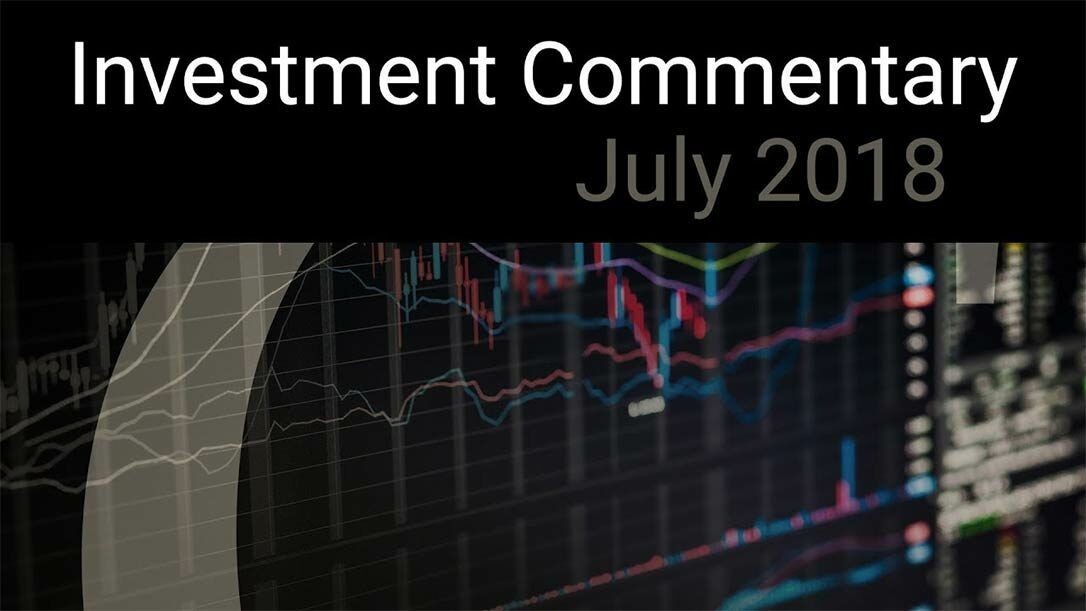 Recent market volatility has been brought about by the ongoing trade war between the US and China. Last Monday the FTSE 100 index fell more than 2% its biggest one day movement since the market downturn in February. Chinese stocks have been hit particularly hard, with the MSCI China index tumbling more than -7% in the last two weeks.

There was some good news for the UK economy last week as the economic growth figure for the first quarter of the year was revised upwards, partly due to better than expected growth in the construction sector. The pound reacted strongly to the news, gaining 1% against the dollar in one day. Earlier in the month the Bank of England voted to keep interest rates at 0.5%, but signalled that a rate rise in August was more likely than previously thought. The improved economy growth figures will also increase the chance of a rate rise.

The FIFA World Cup is in full swing and – coincidentally or not – the Russian stock market has been doing well. Since the competition began, the MOEX Russia index, which measures the performance of the most liquid Russian stocks on the Moscow Stock Exchange, has risen +2.55%. During the same time the FTSE 100 index and the MSCI World index have posted negative returns of -2.61% and -2.46% respectively.

In the commodities market, the S&P GSCI index, which consists of a basket of commodities including oil, metals and agricultural items, gained +1.45%. The price of a Brent crude oil contract jumped +3.22%. The precious metals had mixed fortunes, with the S&P GSCI Gold and Silver indices returning -1.41% and +0.51% respectively. In the agricultural markets, corn and wheat moved -1.68% and +3.09% respectively.

In the FX market, it was a mixed month for sterling. The US dollar and the euro appreciated against the pound by +0.68% and +0.61% respectively while the yen declined -1.06% versus the pound.