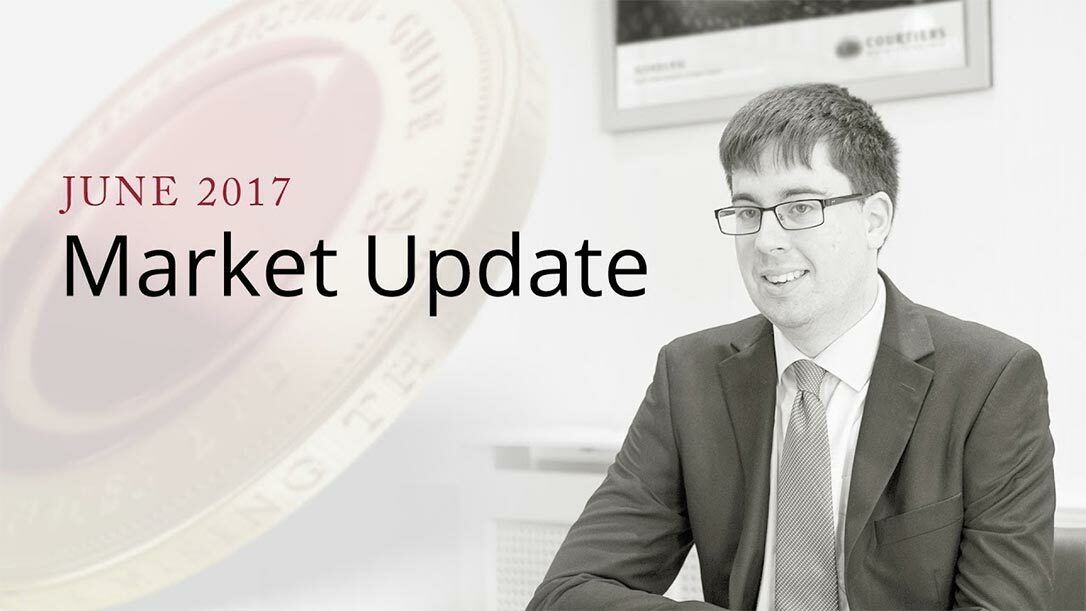 The final round of voting in the French election took place last month and the winner, with 66.1% of the vote, was Emmanuel Macron of the En Marche! party. At 39, he is the youngest French president since Napoleon. In the days leading up to the final vote, the Eurostoxx index reached a two-year high. Following her defeat, Marine Le Pen returned to her role as leader of the National Front, having temporarily stepped down in April.

Inflation in the UK continues to climb, and the latest figures from the Office for National Statistics show that the Consumer Prices Index grew to 2.7% in April, up from 2.3% in March and the highest it has been since September 2013. Rising transport costs provided the biggest contribution to the level of inflation. Meanwhile the eight Monetary Policy Committee members of the Bank of England voted 7-1 in favour of keeping interest rates at their all-time lowest level of 0.25%.

In the US, there’s been more controversy surrounding Donald Trump. Last month he fired the director of the FBI, James Comey, over his handling of the inquiry into Hillary Clinton’s emails. Then last week it emerged that Trump’s proposed budget for 2018, entitled ‘A New Foundation for American Greatness’, contained a huge accounting error worth two trillion dollars. Throughout much of May, Donald Trump’s approval rating has been below 40%.

The UK general election takes place on 8th June. According to polls, the gap has been closing between the two major parties. Despite the uncertainty leading up to the election, UK financial markets have remained positive. The FTSE 100 index has reached new highs, breaking the 7,500 barrier for the first time. When the Conservatives won the last general election with a clear majority in May 2015, the index surged +2.3% in a single day, although it ended the month more or less flat.

Commodities had a mixed month. The S&P GSCI index, which consists of a basket of commodities including oil, metals and agricultural items, fell -1.54%. The price of a crude oil contract went down -2.05%. In the agricultural market, corn gained +1.50% while wheat lost -0.69%. According to the S&P GSCI Gold and Silver indices, the two precious metals picked up +0.35% and +0.92% respectively.

In the foreign exchange markets, the pound has weakened slightly in the run-up to the election. Over the last month the US dollar, the euro and the yen have all appreciated against the pound by +0.47%, +3.54% and +1.10% respectively.