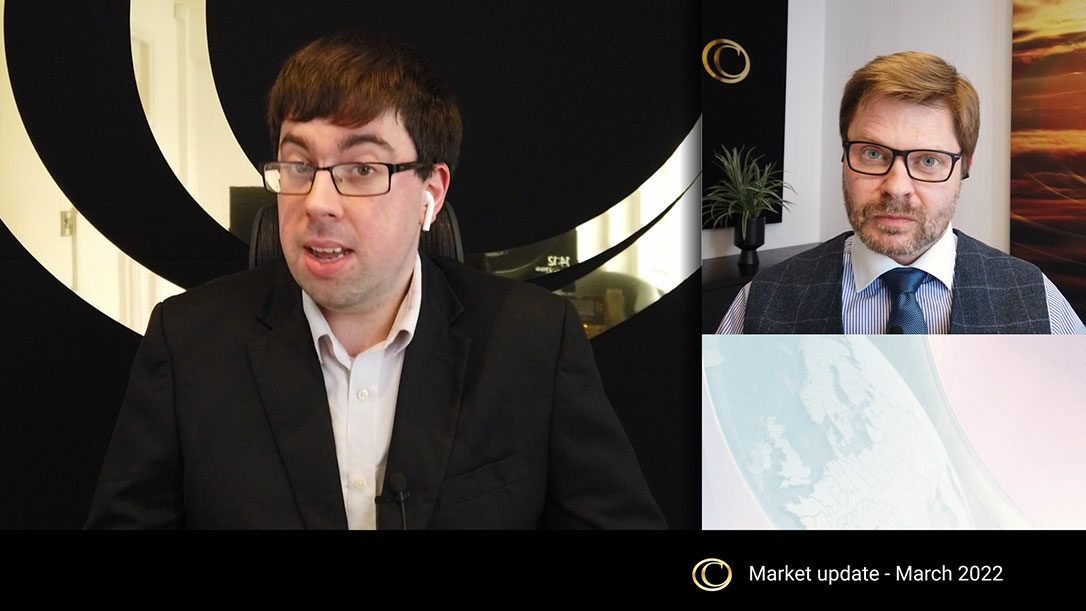 Global markets have been shaken by the unfolding crisis in Ukraine. The MSCI World NR local currency index, which measures global equities, declined 2.65% in February, with European stocks among the worst hit as the Eurostoxx 50 EUR index fell 5.89%. However, this pales in comparison to Russian equities, which according to the MOEX index were down 30% for the month in local currency terms as of 25th February. Since then the Russian stock exchange has been closed.

For the second month in a row, UK large-cap stocks have remained resilient with the FTSE 100 index offering a positive return while most other markets are down. Elsewhere, commodities have seen a surge in value, with precious metals, oil and wheat all posting large gains for the month. Last week the prices of both WTI and Brent crude oil rose above $100 per barrel for the first time since 2014 due to fears that the Russian conflict will heavily impact supply.

Meanwhile inflation has continued to rise, with the Consumer Prices Index (CPI) in the UK climbing to 5.5% – its highest level since 1992. In February, for the second successive time, the Bank of England  voted to increase interest rates – the first time this has happened since 2004 – and the base rate now stands at 0.5%. In the US, the inflation measured by the CPI currently stands at a 40 year high of 7.5%.

There were positive returns in the commodities market. The S&P GSCI USD index, which consists of a basket of commodities including oil, metals and agricultural items, picked up 8.77%. This included a surge in oil prices, as crude oil futures soared 8.59% during the month. In the agricultural markets, corn and wheat futures returned 11.42% and 21.90% in USD respectively, while in the precious metals markets, the S&P GSCI Gold and Silver indices gathered 5.83% and 8.63% in USD respectively.

In the currency markets, it was a slightly negative month for the pound as it depreciated 0.20% against the US dollar, 0.08% versus the euro and 0.31% against the yen. 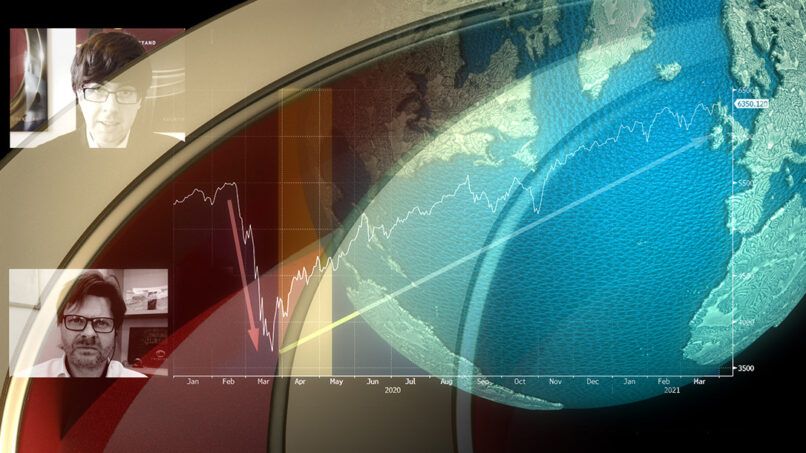