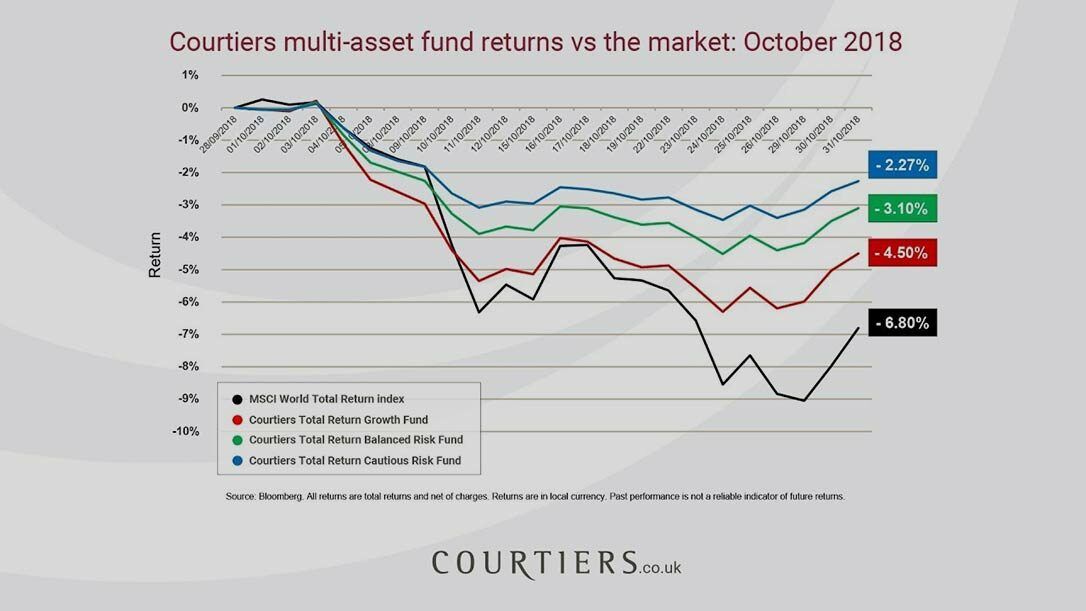 Amidst the ongoing trade war between China and the US, the approaching Brexit deadline and fears over slowing growth and higher interest rates, global markets have just experienced their second major downturn of the year. Having suffered its biggest one-day loss since February on 10th October, the S&P 500 index ended up having its worst month since September 2011. Meanwhile the FTSE 100 index dipped below 7,000 for the first time since March.

As is common in times of market unrest, many investors swayed towards ‘safer’ assets, and both UK gilts and gold have risen in the last month while equity markets have slumped. Meanwhile inflation in the UK has jumped down from 2.7% to 2.4%, and the UK’s base interest rate has remained at 0.75% after the Bank of England’s Monetary Policy Committee members voted 9-0 in favour of no increase.

Chancellor Philip Hammond delivered this year’s Budget, and sparked plenty of debate with his claim that austerity was ‘coming to an end’. There are over 3 million more people in work than in 2010, with unemployment at its lowest rate since the 1970s. The economic growth forecast for 2018 was downgraded from 1.5% to 1.3%, however it is expected to rise to 1.6% in 2019.

In the commodities market, the S&P GSCI index, which consists of a basket of commodities including oil, metals and agricultural items, fell -5.84%. Oil lost some of its recent gains as the price of a crude oil contract sank -10.84%. The precious metals had mixed fortunes, with the S&P GSCI Gold and Silver indices returning +1.78% and -2.72% respectively. The agricultural markets were also mixed, as corn and wheat delivered +1.96% and -1.67% respectively.

In the FX market, the US dollar appreciated +2.03% against the pound while the euro depreciated -0.52%.