Pleasing notes from a banking sector in tune? 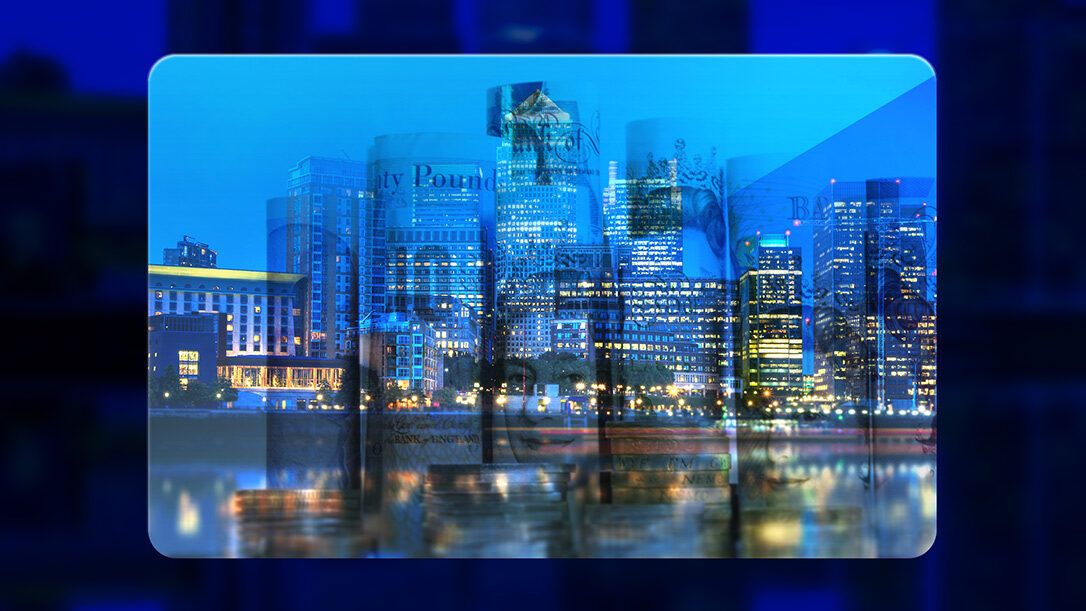 In the minds of many, banks are still associated with the financial crisis that began in 2007/08. This ended not only in the demise of banks, such as RBS, which had previously been the largest bank in the world based on assets, but with governments having to bail out the banks with billions of pounds of taxpayers’ money.

More than a decade on, and despite the hit to the world economy in 2020, the actions taken by regulators to strengthen banks’ financial resilience, and actions by governments means there has been no repeat of the previous crisis.

Indeed, as the world economy continues to pick up, banks look well-placed to prosper. In the UK, Lloyds soared with a forecast-beating £1.9bn in pre-tax profits in the first quarter of 2021.

Even NatWest, for so long in the financial doldrums, and a bank that remains 55% taxpayer owned returned to profitability, reporting pre-tax profits of £946m for the first three months of the year.

Across the pond, US banks posted $76.8bn in first quarter profits, up $58.3bn from the same quarter in 2020, according to a report by the US Federal Deposit Insurance Corporation.

Banks are undoubtedly prospering at the moment, and with a world economic recovery gathering pace, and most economists predicting a rise in interest rates which is traditionally good for banks, things could get even better.

A possible cloud on the horizon is the prospect of an economic downturn, as Central Banks led by the US Federal Reserve are forced by rising inflation to raise interest rates to such a level that economic growth suddenly goes into reverse, with negative knock-on consequences for banks.

The latest inflation figures from the US for May 2021, which show the Consumer Price Index (CPI) spiking to 5.0%, support the view that inflationary pressures are at work. Similarly, UK inflation measured by the CPI rose by 2.1% in the 12 months to May 2021, up from 1.6% in April, taking inflation above the Bank of England’s 2% target.

Q: When did you first begin to recognise the attraction of the banking sector?

A: Even before the events of last year, we recognised there were pockets of good value within the banking sector, buying Lloyds for our UK Equity Fund in March 2018 and our NURS Funds in November, before selling out in 27 February 2019.

We originally bought Comerica, a US bank in December 2019. The S&P had become very concentrated in very large and expensive technology stocks, and banks were cheap against long-term trends and allowed us to broaden our US exposure.

Our hypothesis was this wasn’t 2007/08. The banks were well capitalised and could weather a downturn.

This was followed by Wells Fargo and then PacWest midway through 2020. Wells Fargo was one of the most profitable companies in the world, and escaped the financial crisis pretty well.

Comerica and PacWest are not only top of our screen from a value perspective, but we see them as potential beneficiaries of the economic environment going forward.

Overall, we feel that these US banks look cheap. Even if the base rate were to rise to 2.5%, our analysis suggests that these banks are trading at 50% below their long term value.

The expected loan losses, which banks had to provision for, and which suppressed profits in the first quarter of 2020, never materialised while deposits have grown, providing them with a cheap source of funding for loans.

Q: In the UK you bought Lloyds. Why did you choose Lloyds?

A big factor will be the net interest margin, the difference between what it pays customers for depositing their cash, and the amount it earns when it lends money out. My view is interest rates can’t go any lower, and they have been stable and increased a bit recently. If things continue to return to normal, Lloyds Banking Group could make £7bn in pre-tax profit annually (up from £4.4bn in 2019).

Q: Why Lloyds, and not other UK banks?

A: Part of our screening process is to disregard companies, where one investor has a big controlling stake. That’s why a company like NatWest, which is still 55% owned by the government would have immediately have been screened out. Also, NatWest hasn’t had the same recovery from the financial crisis. There’s a few other banks that we looked at, but Lloyds has had a strong dividend yield in recent history, so it scores well on that.

Q: What about the Challenger Banks, including online only banks? Would you consider them for Courtiers Funds?

A: There’s been a couple of interesting entrants into the market, but so far no one seems to have been to be able to create a profitable model, that has allowed them to make much of a dent in the market share of the more established banks. Banking is a lot more about being an intermediary in the economy than being a customer-facing product with a flashy card. It’s a lot more complex than that and I think that’s why these start-ups have struggled to really gain traction in the UK. One interesting change we’ve seen in the competitive landscape is that there is less need for bricks and mortar, which has allowed Goldman Sachs and now JP Morgan to launch digital only retail banking businesses in the UK. These are very new and one area we will keep an eye on.

Q: Most economists are predicting a rise in interest rates at some stage. How does this change your thinking in terms of the banking sector?

Historically this has been the case. For example, between 1972 and 1974 when interest rates rose in what was a highly inflationary environment, the net interest margin (the be-all and end-all of a bank’s profitability) doubled. We don’t see any reason why this would have changed.

Q: What if interest rates don’t go up as most people expect?

A: Even if interest rates don’t rise, we believe that banks are still attractive. Since changes to accounting rules in 2018, they have had to set aside greater provision in case loans defaulted. However, these failed to materialise and as a result they are well capitalised. In addition their deposits have grown, which is free money for the banks. The movement away from bricks and mortar to online banking has also brought their cost base down, and they pay dividends. So we would hold banks even if interest rates don’t go up.

If interest rates do rise however, as most economists expect, you have got this huge potential upside, where their profitability could potentially double.

Q: Given the attractions of the banking sector, will you be adding to your position?

No, I think we are happy with the positions in the banks that we have.  We are not going to allocate 10% of the funds to this one sector – that’s not the way we operate. But we will of course monitor it and see how our bank stocks play out.

“The last 40 years has been a period of rapid globalisation and the emergence of China as the manufacturing hub of the world. China has been able to use its huge base of low cost labour to undercut its competitors and this, along with increased efficiencies in sophisticated global supply chains, has meant that inflation has been virtually non-existent.

“For inflation to return, demand would need to exceed supply and this is only likely if governments in developed economies, which have for years been embarking on a policy of austerity, start spending again. There is evidence that this is happening, and there is also evidence that, post-pandemic, consumers will be prepared to spend at least some of the deposits that they have built up post the spring of 2020.

“Upward pressure on prices is already showing in the inflation figures and we expect this to continue. We do not, however, expect a return to the rampant inflation of the 1970s, especially because services form a much bigger part of the global economy and oil is no longer the catalyst for driving prices upwards like it was 50 years ago.”